Today my friend Judith and I took part in Processions in Edinburgh. The event, taking place in London, Cardiff, Edinburgh, and Belfast, was a ‘living artwork’ displaying a river of suffragette colours through city streets, commemorating 100 years since the first women in the UK gained the right to vote.

Everyone gathered at the Meadows, and we went round admiring the wonderful banners that various groups had made.

We were organised into groups and given either a green, white, or purple scarf, and at 2pm the first groups started gradually streaming out.

Time to set off

It was glorious seeing a sea of women and girls (teenagers, tweens, tiny young girls, with their mums and friends, bearing feminist slogans!); seeing all the hard work put into beautiful things bearing powerful messages of solidarity and determination; seeing how far away some groups had come from; and knowing that every one of them was here to stand up and be counted. These were my people.

I’ve only recently heard about the involvement of people from around the British colonies in the movement for enfranchisement, such as Princess Sophia Duleep Singh, which really struck me. Of course, it didn’t end in 1918, as it was only women over the age of 30 who owned property who were allowed to vote at that point. It then took a further ten years for all women, and indeed all men, to finally have this basic civil right, which I’m sure had an impact and influence outside Britain as well. When Malaysia gained independence in 1957, both women and men over 21 were able to vote on their futures from that point.

Around 4 pm the procession flowed into Holyrood Park, with stunning Arthur’s Seat in the background.

The finish line, reminding us that each of our votes; each of us, makes a difference.

And as everyone cheered on the final women and banners through, we took heart from what we were part of today, went away for well deserved rest, and resolved to come back to continue the fight for gender equality.

A couple of weeks ago I was in London and had a few hours to kill in the Bloomsbury area. Normally I would make a beeline for the British Museum, but I decided to try something different this time. I asked Google Maps what other galleries and museums were nearby, and found a lovely gem of a gallery on campus at SOAS, University of London (School of Oriental and African Studies). 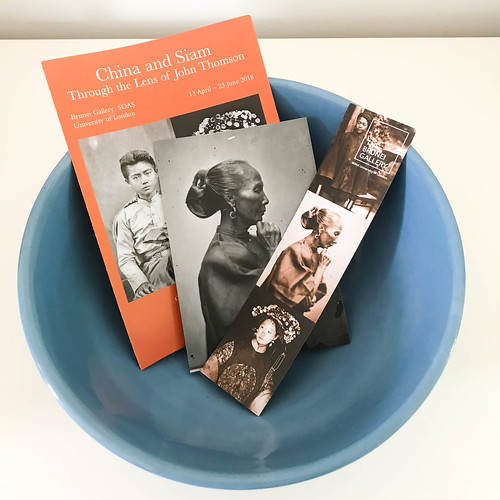 The Brunei Gallery was a gift from the Sultan of Brunei, and exhibits art and culture from Asia, Africa, and the Middle East. The current exhibition is “China and Siam: Through the Lens of John Thomson”, showing a selection of the Scottish photographer’s work during his time living and travelling in East Asia in the 1860s. 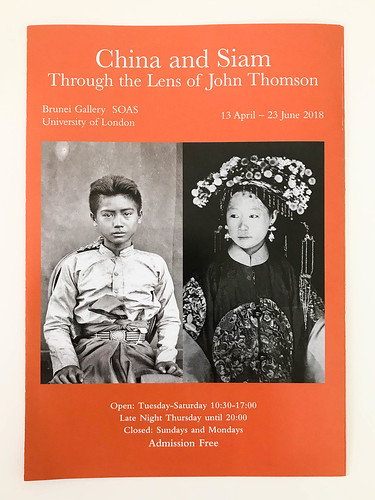 The photographs in the exhibition have been hugely enlarged and are wonderful to simply look at, while the descriptions accompanying the exhibits give just the right balance of general information, historical commentary, photography technique, and insight from Thomson’s own notes. The gallery website also has a selection of the photographs online.

Thomson formed a relationship with King Mongkut of Siam and gained unique access to the Thai Royal household and functions, but he also faithfully recorded ordinary people going about their lives and occupations, which is particularly seen in the China exhibits. Beyond just documenting scenes, he was a talented portrait photographer, and captured the dynamism of his subjects. He returned to Britain in 1872, joined the Royal Photographic Society, and left a legacy as a pioneer of photojournalism.

I particularly loved the diverse range of women he captured, and in this exhibition there is a section dedicated to his portraits of Chinese women. From the photos themselves, and his notes, you can sense his curiosity and appreciation of humanity, and appreciation of these women’s lives and worth as well as their beauty and elaborate costumes. 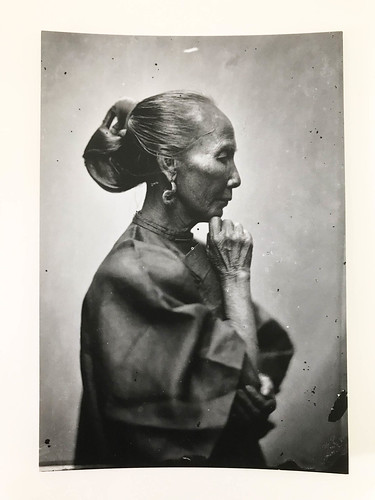 Postcard of one of my favourite exhibits

I’m so pleased to have found this gallery – it’s a great way to spend an hour or two, and I’ll certainly keep an eye out for future exhibitions. Do pop in if you’re in the area.

The Brunei Gallery is open to the public for free, and the John Thomson exhibition is on until 23rd June.

It’s been two weeks now, and it’s really real – Malaysians voted on 9th May to bring in a new government after 61 years of the same ruling coalition, and after increasingly serious abuses of power by the previous government and Prime Minister in the last ten years or so.

Despite all sorts of issues with the Electoral Commission over the fairness of the elections (gerrymandering, postal votes not being issued in enough time to be returned, ballot boxes going missing, etc etc.), the election, with an 82% voter turnout, delivered a win to Pakatan Harapan (Coalition of Hope). We now have a former Prime Minister back in place, but under a very different banner.

For me, what’s fantastic is that for the very first time, Malaysia’s coalition government is not formed around racial/ethnic groups as before (literally ‘the Malay party’, ‘the Chinese party’, ‘the Indian party’ and others), but parties founded on justice, civil rights, and the good of the nation, across all ethnicities and backgrounds. Individuals who formerly clashed came together for a greater purpose. So we now have our very first female Deputy Prime Minister, as well as the oldest Prime Minister in the world at 92, and the youngest MP in Malaysia at 22.

So along with everyone else, I’m delighted for my homeland; delighted to see change. Now it’s about cleaning up the messes of the recent past (already so much wrongdoing is being properly investigated and literally suitcases of cash being seized), and all about actual stewardship and development of the country. The voices I’m hearing from this new government, made up of old faces and new, are refreshing and inspiring. This isn’t the end but the beginning of the journey. Well done, Malaysia!

I’ve always loved Victorian botanical illustrations – all those beautifully painted ferns and orchids, and the terrariums that were so magical in their ability to contain a jungle in miniature form. Many of these ‘exotic’ species that were sought out and transported in Wardian cases were local to Malaysia, but being a suburbanite, sometimes these beautiful wild plants were as exotic to me as to the Victorian collectors, yet comfortingly familiar as well.

END_OF_DOCUMENT_TOKEN_TO_BE_REPLACED

A couple of weekends ago we visited a friend who has a smallholding, where lambing season was well underway. 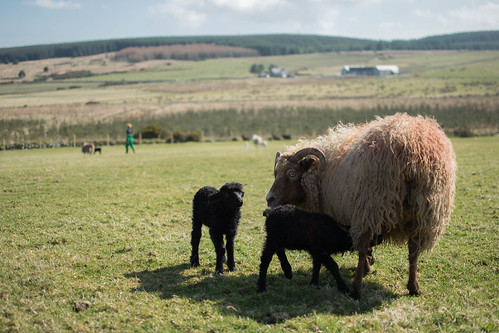