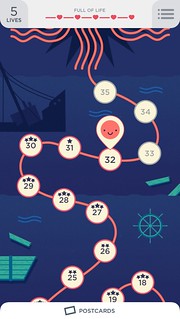 I’ve been playing Two Dots on my phone. It’s yet another variation on the Bejewelled ‘match up items’ format, but the design is just so clean and nice to look at – it reminds me of Scandinavian design. Despite being a little addictive, and sometimes a little frustrating, it’s just so cheery! 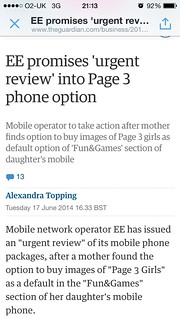 I’d heard about this on Twitter – This person mentioned it to No More Page 3, and complained to Samsung, and then complained to EE after finding out they were responsible for the pre-loaded menu options – this option used to be loaded onto sim cards some time ago, but after it was no longer done the older sim cards were never removed from circulation.

There was a lot of negative feedback about it to EE, and they were quick to respond with an apology and promised a review. And the next day the issue made it into the media rounds, such as this article in the Guardian. While it annoys me that this was ever done, and then conveniently forgotten about, it pleases me no end that all it took was one person to raise the issue – and soon her voice was amplified by many others in agreement, resulting in a positive response from a large corporation. Everyday activism does work. 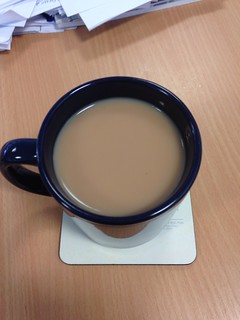 I like tea, but I don’t quite live on it, however I didn’t realise just how important my morning cuppa was, until the kettle in the office kitchen broke…I just didn’t feel right. There was almost a crisis, until one brave hero nipped across to Argos and got a shiny new kettle. Here’s to you, little cup of tea. 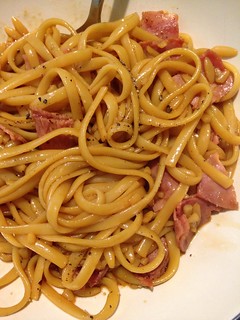 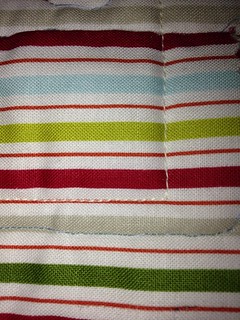 We were supposed to head down to Perth to visit some friends, but due to car trouble it didn’t work out. Silver lining: I managed to finish up some sewing, and then I finally tried out the new walking foot that’s been sitting in my sewing box for ages. The last one I tried wasn’t right for my machine, so I’ve been afraid that this one wouldn’t work either, but wonder of wonders, it worked! I can now sew straight lines on several layers of material, and a whole new world of quilting is available to me! That doesn’t mean I’m actually going to whip out quilted delights anytime soon, but the option is there. 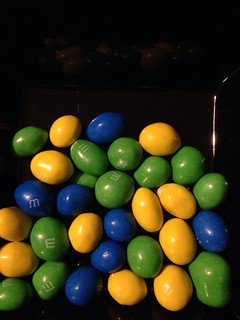 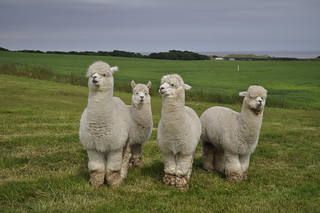 My knitting group got to visit an alpaca farm today, which was very exciting! More details in a proper post in the not-too-distant future 🙂