I’d heard that there were alpaca farms around Aberdeenshire, but then I found out that someone I know has family who manage a farm right in Balmedie. So of course my knitting group arranged a visit, and just in time, as the alpacas were due their annual shear the following weekend. 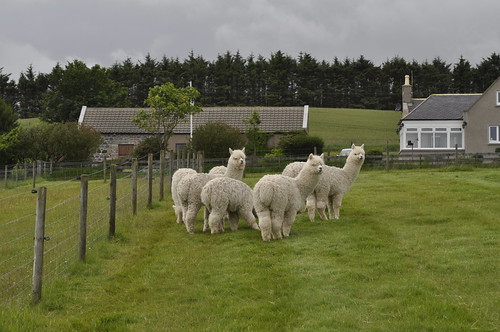 They’re so cute, like giant Ewoks. There are about 40 alpacas on this farm. 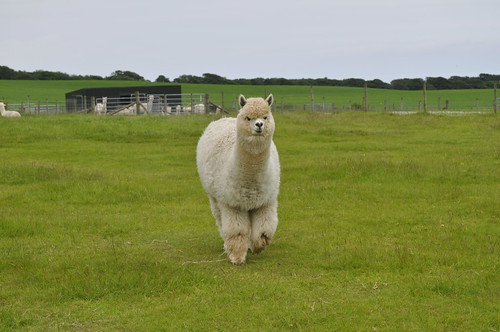 Alpacas and llamas are related, but they’re quite different. Alpacas are smaller, friendlier, and have softer fur. They’re bred for their fibre, whereas llamas are bigger and stronger, and are bred as pack animals. The alpacas we met were a little shy at first, but very friendly. We gave the mummies and babies some space, but the rest were perfectly happy to be stroked, and they were all very affectionate with their owner. 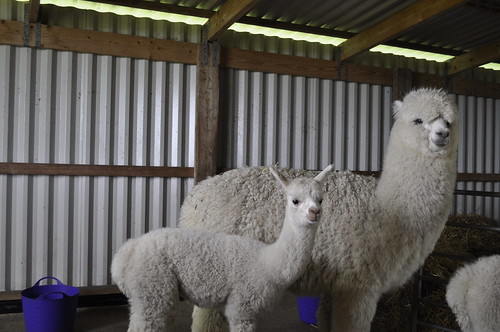 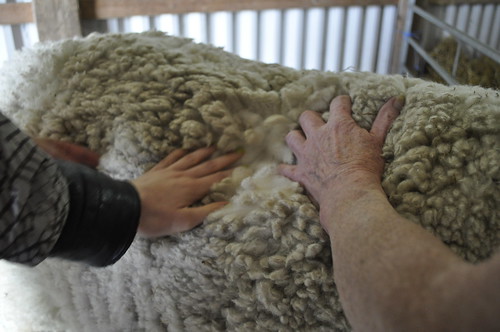 Here are the boys, coming to see what all the fuss is. 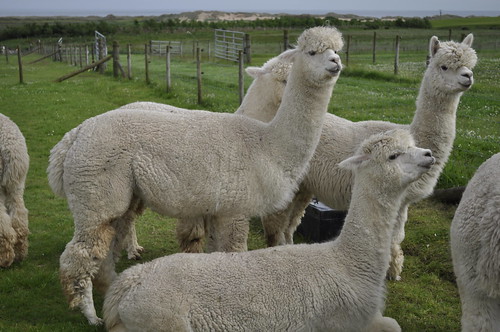 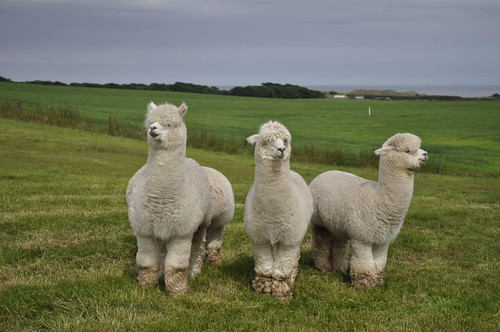 This dude was a right charmer. 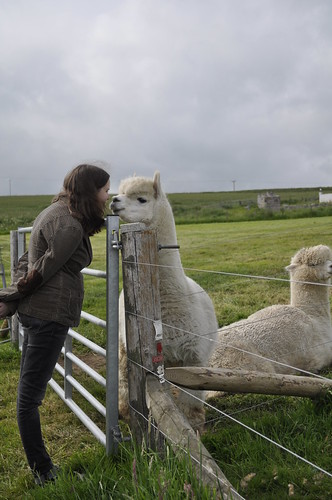 There were some sheep as well, 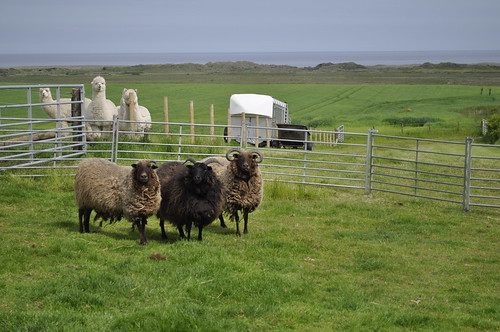 and some piggies – we gave them lots of attention too so they wouldn’t feel left out. 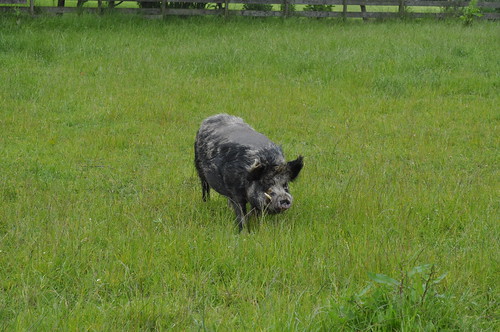 And here is the newest little cria (the proper term for baby alpaca), already an inquisitive one. 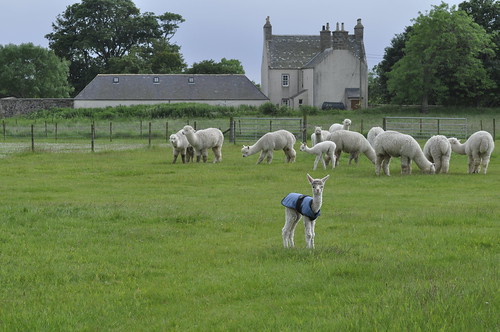 Mabel, the alpacas’ ‘mummy’, very kindly showed us round, and told us all about her lovely pets – she enjoyed having knitters round, who were so enthralled by her alpacas and their beautiful fur. She also very very generously gave me a big bag of fibre! 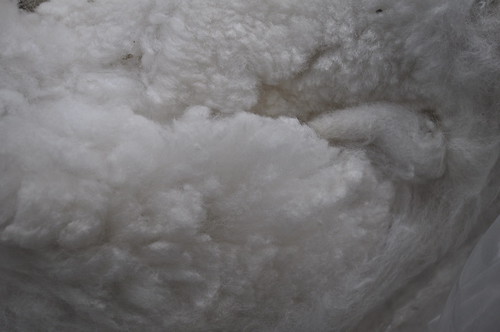 I’m very touched and thrilled to have it, but I’m also a little apprehensive – it’s so pretty and precious, but I’ve never spun anything other than combed top with my little drop spindle. At some point I will attempt to spin some of this, at least just to show Mabel, but I shall also try and get in touch with some local spinners as I’m happy to pass some of this on to someone who knows what they’re doing!

Aside from fibre, Mabel also had some yarn that she got spun up. She’s not really been selling these, but we managed to twist her arm and we all bought several balls!
I came away with a ball of aran, which was from a mixed lot of fibre, and 2 balls of DK, which named the alpacas they were from, whom we’d met today – how lovely! 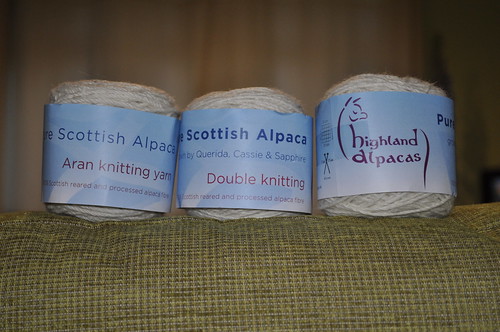 I’ve done something with my yarn at least – I’ve been using the aran to make some of these little wedding crochet hearts. 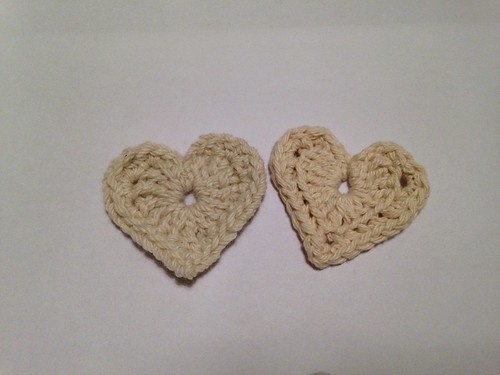