Kaffe Fassett (amusingly, Wikipedia says it rhymes with ‘safe asset’) is a designer and artist well known for his work with textiles, and exuberant use of colour. I’ve come across his designs mostly for Rowan Yarns, but I didn’t realise what a diverse and prolific artist he is. This weekend I managed to catch the exhibition of his work at Aberdeen Art Gallery.

The opening exhibits included some of his earliest pieces. 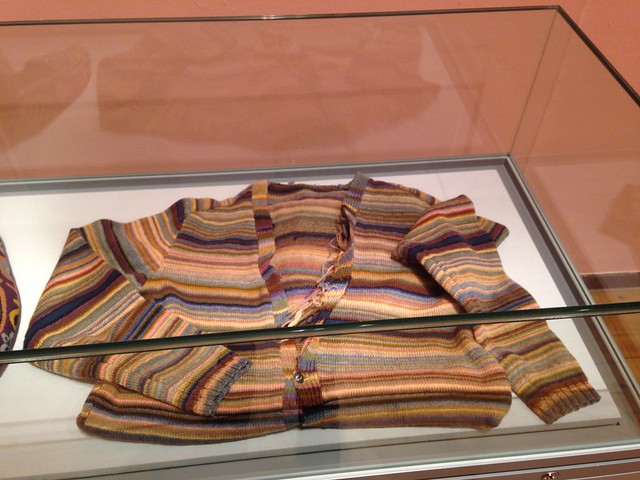 There’s just so much detail in his tapestries and needlepoint, and I love this idea of the same design in different formats. 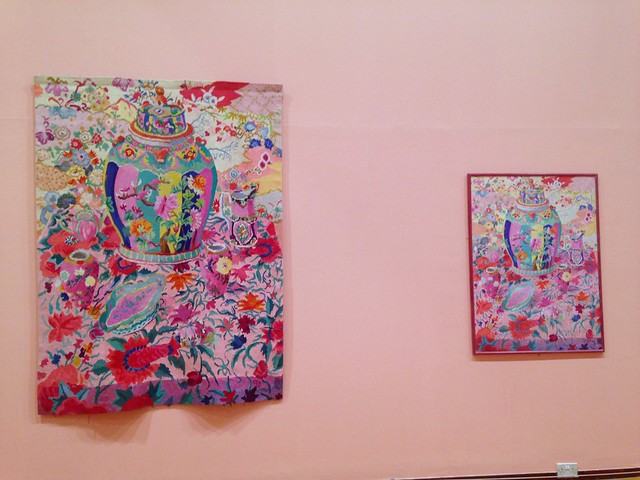 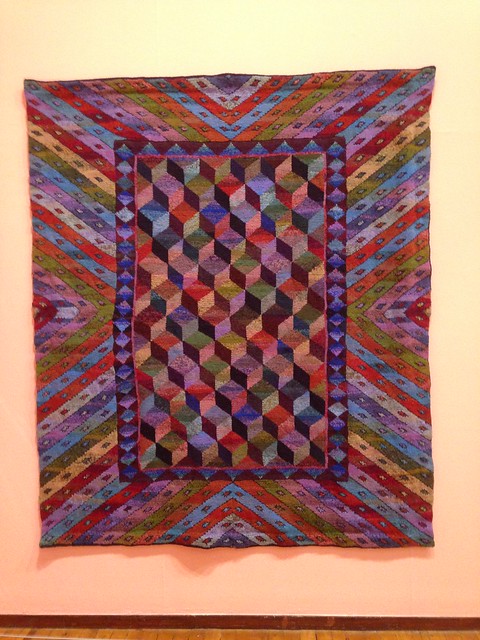 And the typical Kaffe Fassett jumper shape. I love the vibrant stripes on the right – they almost glow! 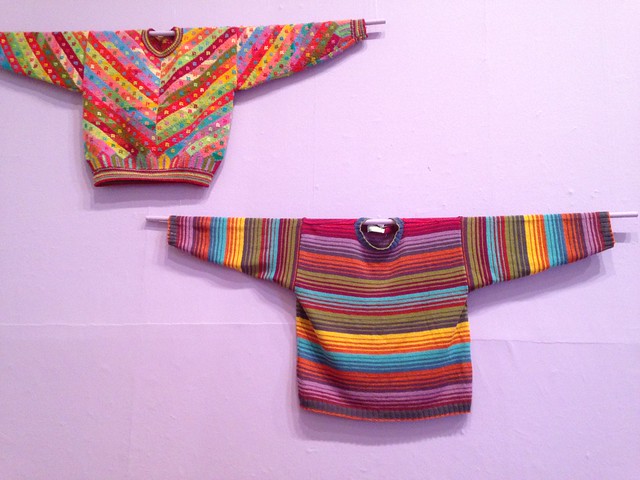 The pieces were all organised by design theme, such as plants, flowers, animals, and various shapes. 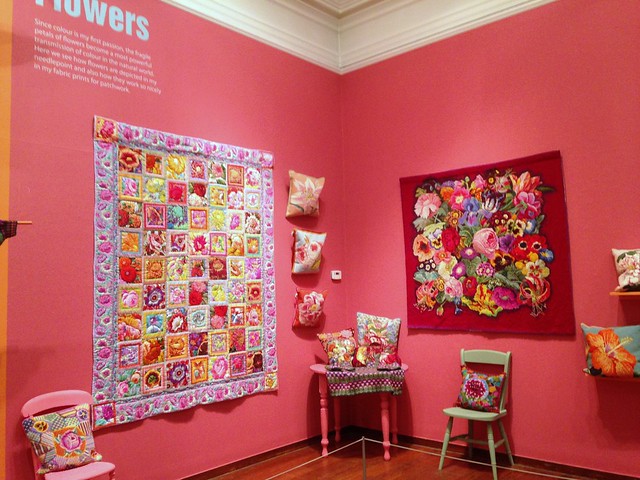 The Squares section talks about how a basic shape becomes far more exciting when used in a complex way. 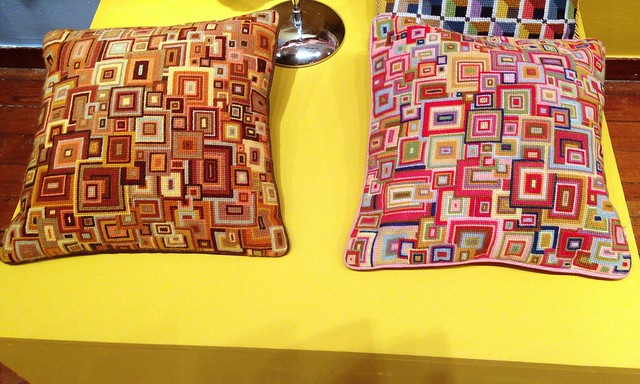 My favourite section was Fruit & Foliage. 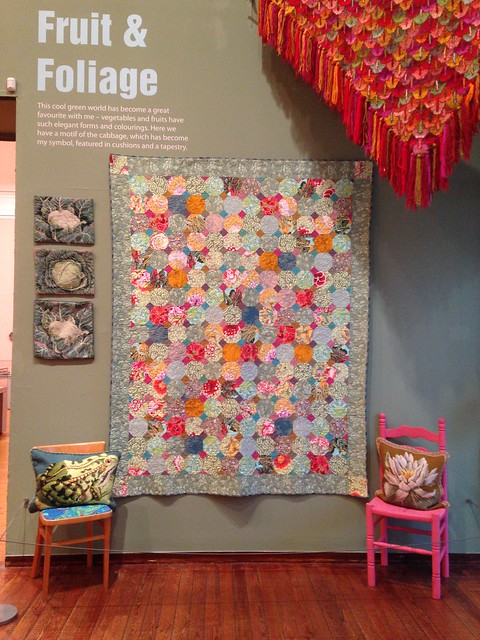 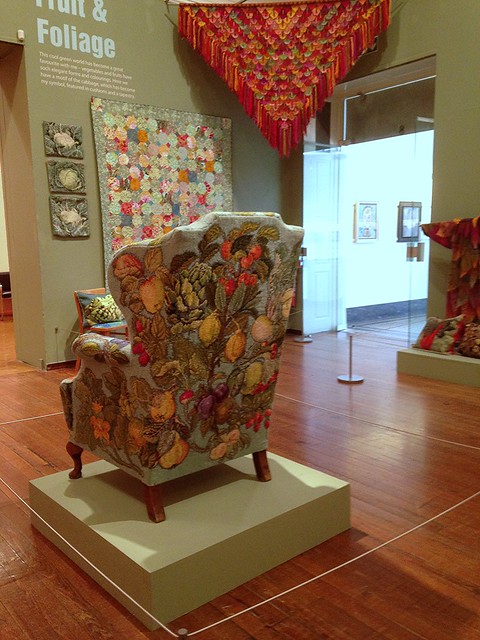 And I just love these cushions – perfect for a garden bench! 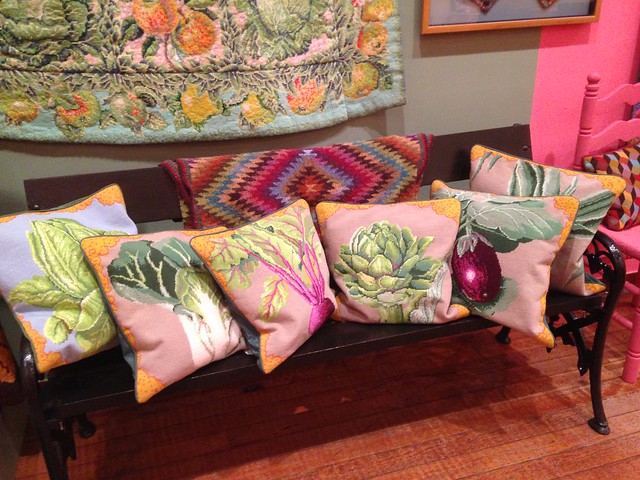 Over in the Faces & Animals section I was highly amused by this pre-Lolcats cushion. 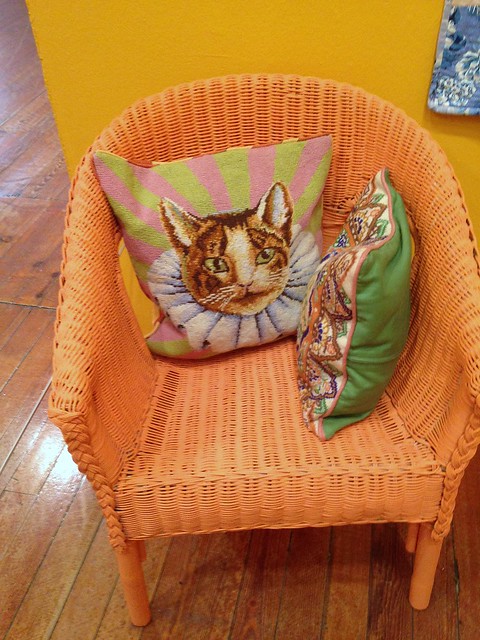 In the middle there were some samples that could be handled. I always find it interesting to see the back of knitting and embroidery. 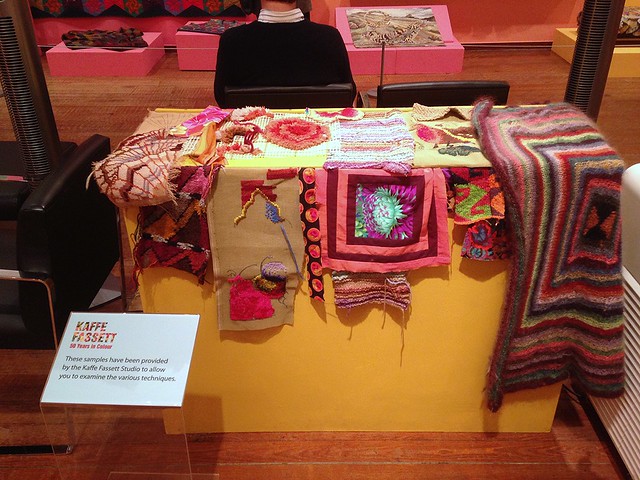 Most of the exhibition was full of colour and warmth, so the Blue & White room was noticeably cooler and calmer. I really liked this display with painted and real ceramic together. 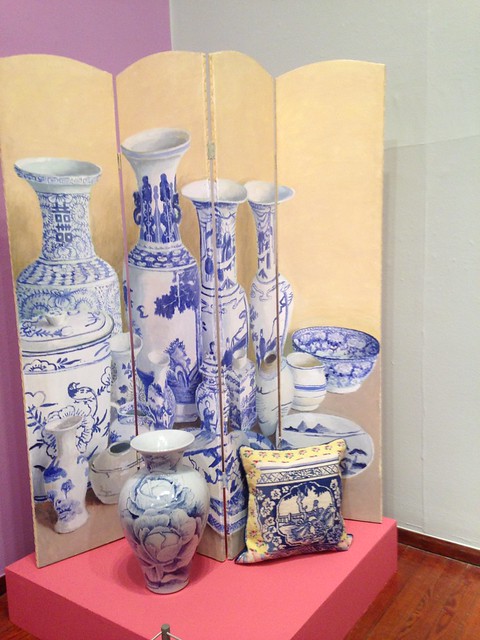 And this was one of my favourite quilts. 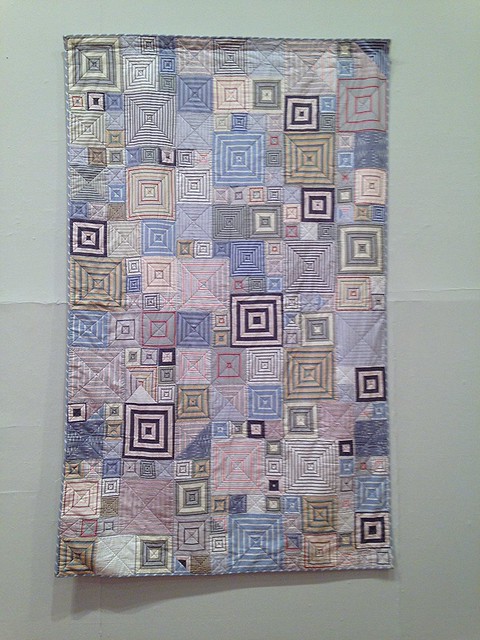 Here are a few more of my favourites: 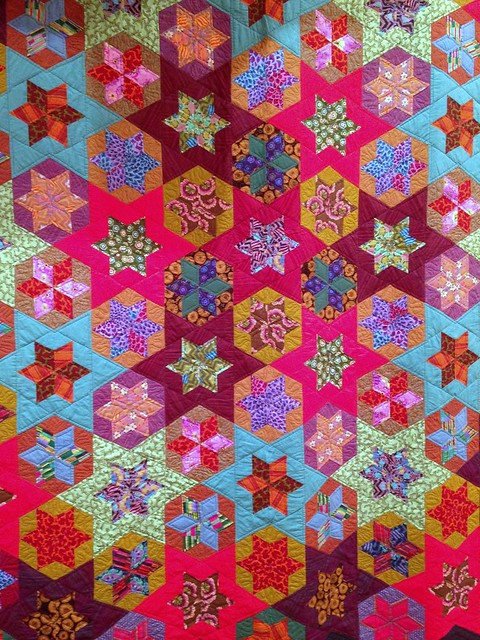 I imagine this coat to be Gandalf’s casual wear. 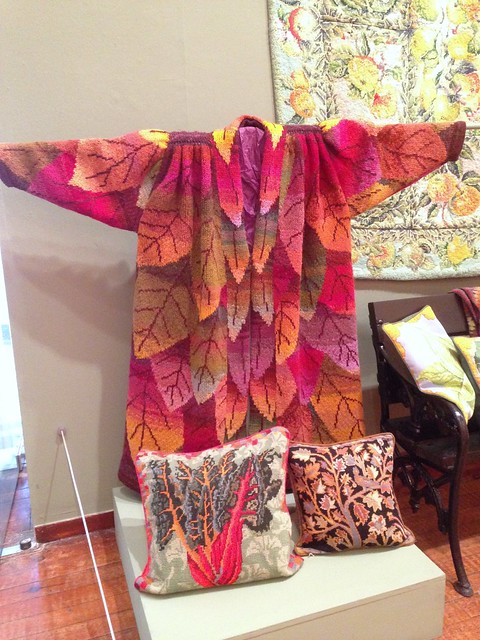 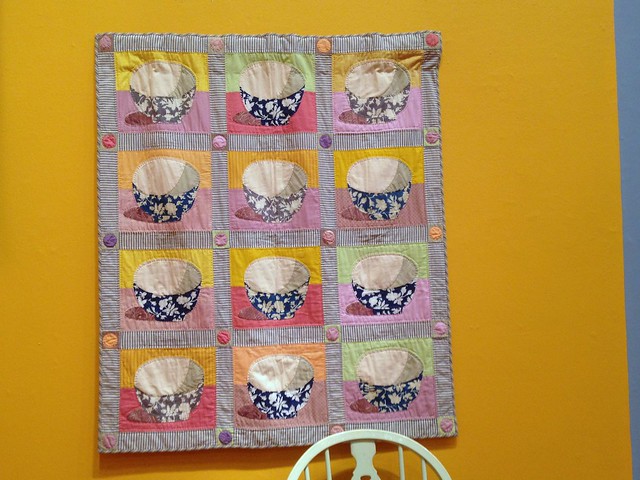 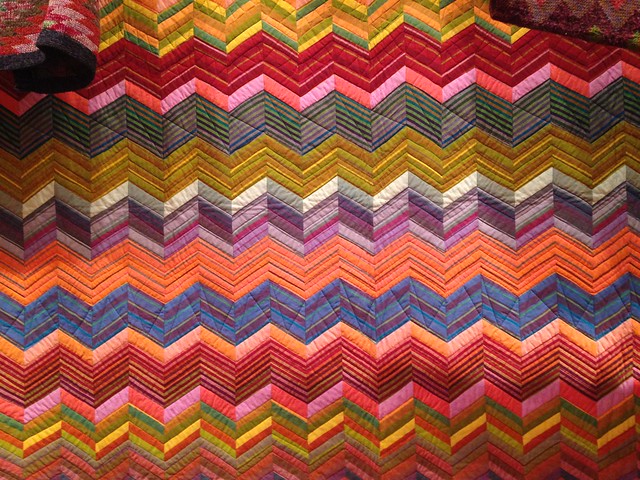 A simple but effective exhibition – I really enjoyed it. 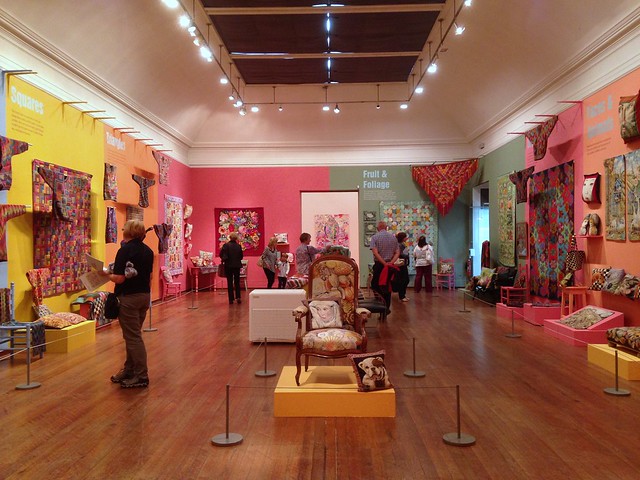 The Aberdeen exhibition is over now, but there is a similar, bigger one in Bath, at the American Museum in Britain, which runs until 2nd November. Do visit if you get the chance!