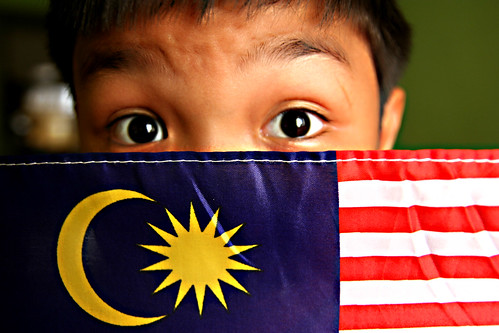 There is so much that is wonderful about my homeland, but there is so much that’s wrong with its governance. At the weekend hundreds of thousands of Malaysians came together across Malaysia, and overseas, to do something about it.

The 4th Bersih rally went ahead as planned, calling for free and fair elections, reinstatement of the independence of public institutions, and an end to political corruption – and this year was dominated by calls for the Prime Minister to step down. I don’t think a simple change of PM will change much, as it’s just replacing the name of the problem, not dealing with the actual issues. But I do believe that being able to say so, and calling for a change like this sends a strong message to the entire government that the people will not be taken for fools.

It was a sight to behold – a beautiful act of civil disobedience (among other things, large public gatherings are highly restricted), with the police acting truly as peacekeepers and not just government pawns as in previous years. This is muhibah (harmony, goodwill, respect for others) in Malaysia at its finest. 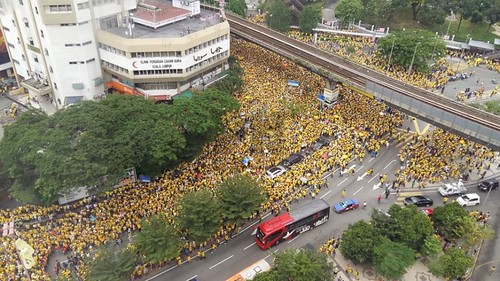 The rally in Kuala Lumpur started on Saturday, and ended peacefully on Sunday night as the clock struck midnight, signalling the start of our 58th Independence Day. I was unable to participate in any events here in Aberdeen, but seeing the images of masses of people in yellow, I was proud of my friends and family and fellow Malaysians, and with them in spirit.