Move over Taipei, Tokyo, and Tyneside – Aberdeen now has its very own Cat Café. 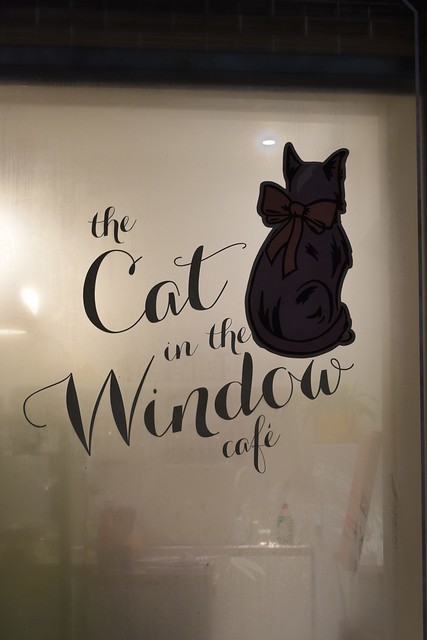 Cat cafés started out in Taiwan but really took off in Japan in the noughties, and have become all the rage now. Essentially it’s a café with cat residents, with plenty of room and all manner of toys. Human visitors are allowed in for a small fee, to adore and play with them. It’s a lovely way to spend some time with cute furry friends if you’re unable to keep your own.

The Cat in the Window Café on Netherkirkgate opened just a few weeks ago, but I’d heard talk of it for some time, and even overheard strangers on the bus speak about it. As my friend Lex is mad about cats, it seemed the most obvious place to go on our Saturday out to celebrate her birthday. 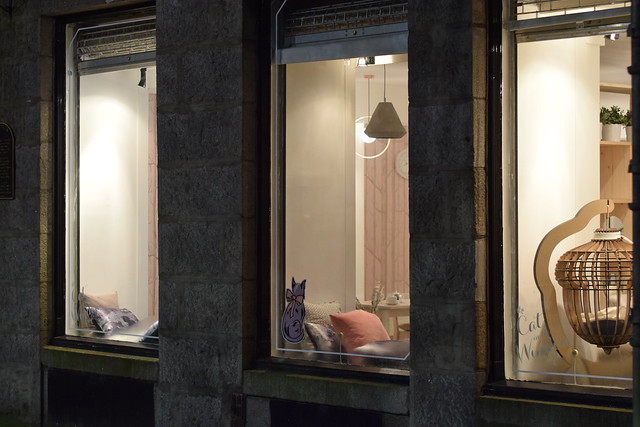 The café is all about the resident cats’ welfare, so there are a few strict rules, such as the number of people allowed in at a time and an age requirement for children (there’s an online booking system, and FAQs on their website). The cats also have their own area that’s off-limits to visitors, where they eat, have their litter trays, and can just go to for a break from humans. They come out when they feel like it, so as with any housecat it’s down to luck if they’re in the mood for cuddles or playing during your visit. There are 8 cats here though, so there’s usually several out at a time.

This one was doing lots of sleeping. 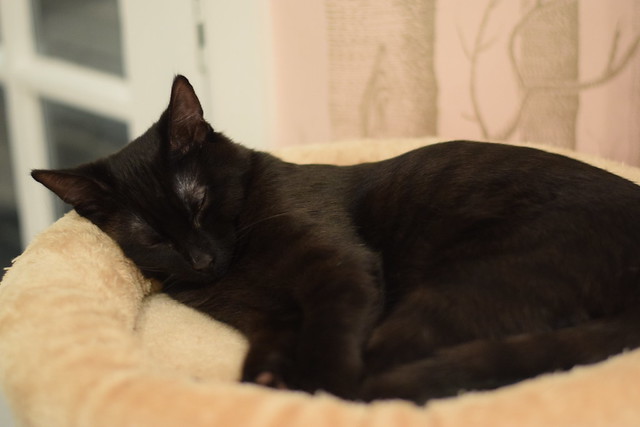 This little kitty didn’t want to play, but was happy to be stroked under the table. 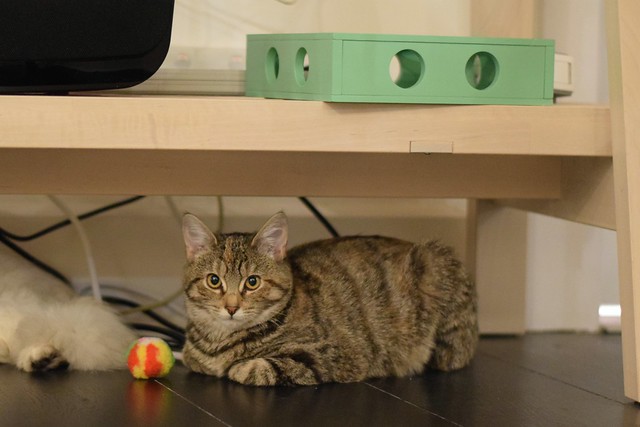 As the café part of the name suggests, you can also have drinks and nibbles while you have kitty cuddles. Lex had a hot chocolate, and I had an Oolong and fig tea. We didn’t try any of the cakes as we indulged in cinema snacks before this, but they looked yummy. I loved the little mug lids as well. 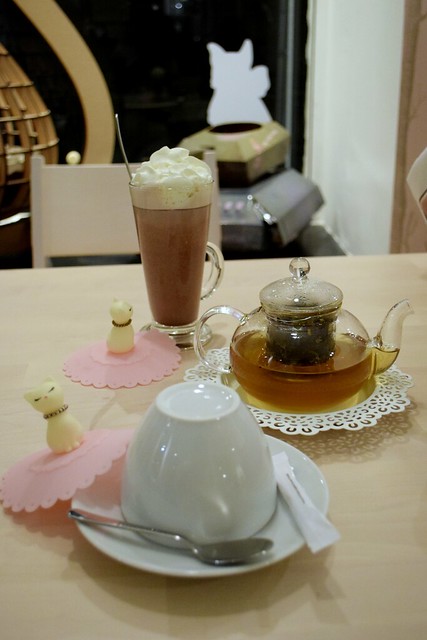 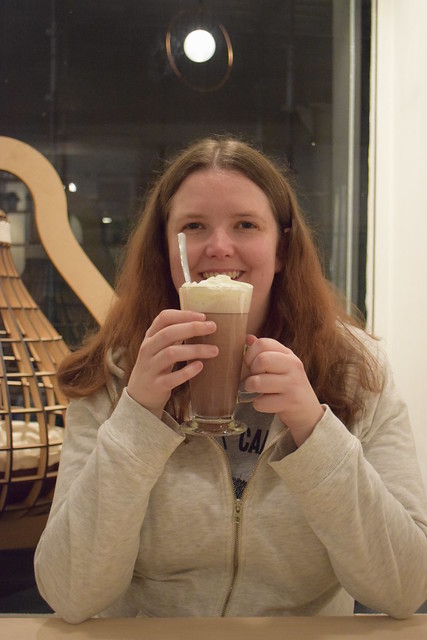 Napoleon padded around imperiously, ensuring everything was in order, stopping for strokes here and there. 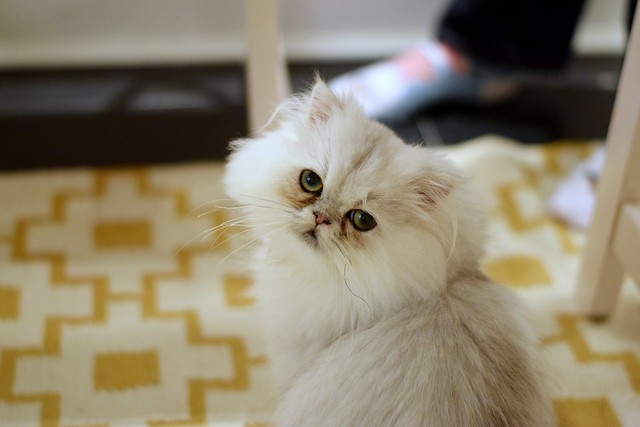 Theodore came out to visit for a little while, and then went back inside. 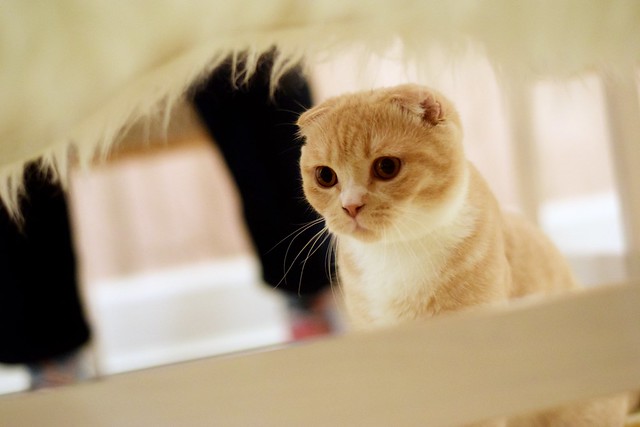 It was a little quiet at first, but eventually Boo woke up, and went nuts for fluff on a stick. 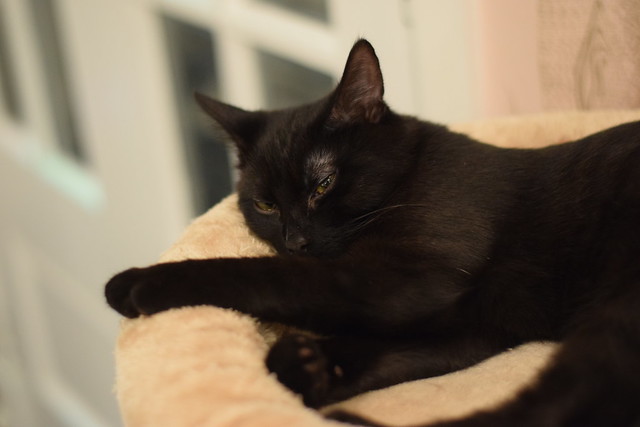 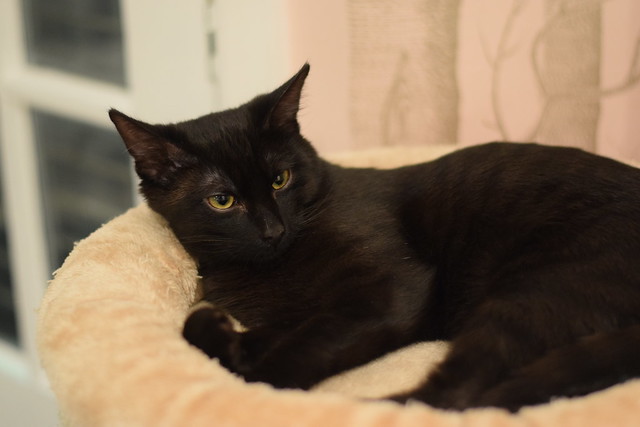 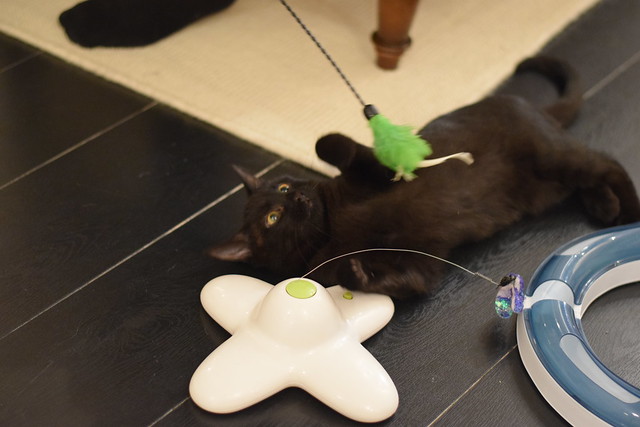 A few more came out to join us a little later on too, at first pretending not to be interested in playing, but loving it really. 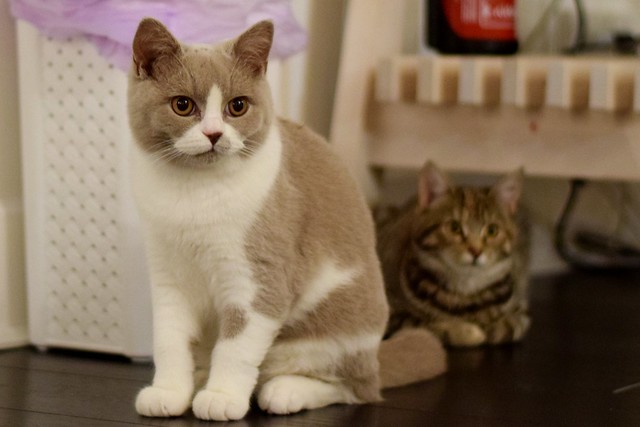 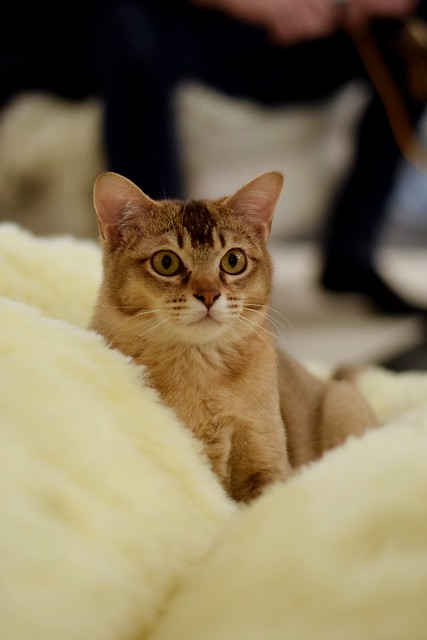 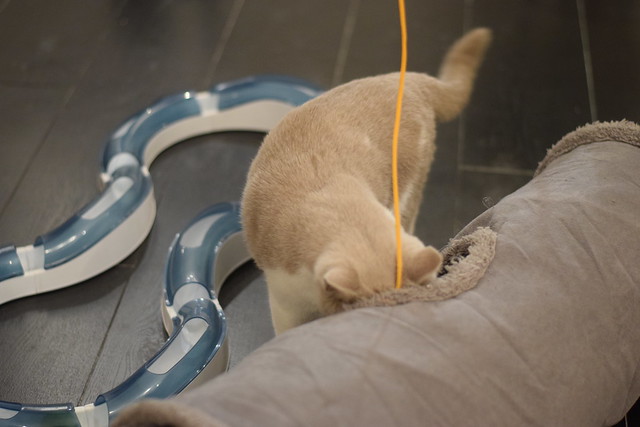 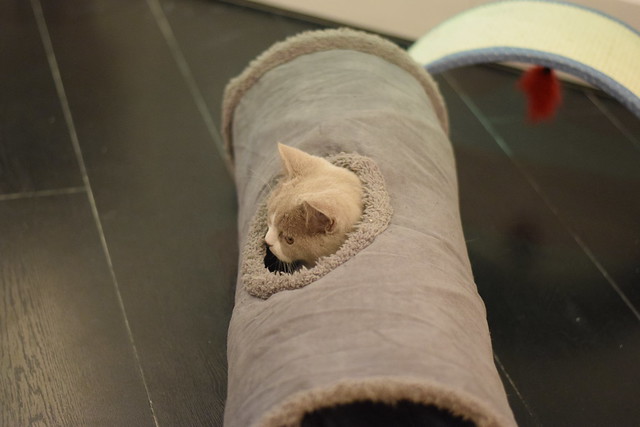 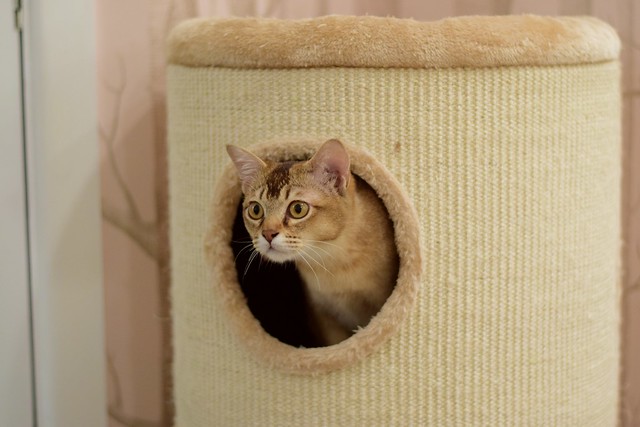 It’s a fabulous new enterprise in Aberdeen; definitely worth a visit if you like furry animals.

2 thoughts on “Cat in the Window Café”