On our second day in Tokyo we had a full day tour, starting with the Meiji shrine in Shibuya. This is a Shinto shrine dedicated to the divine souls of Emperor Meiji and Empress Shoken, who reigned from 1852 to 1912. The Emperor Meiji is regarded as the founder of modern Japan, having abolished feudalism, bringing about industrialisation, and opening up the country to international trade and cultural exchange. He was also a great poet, and excerpts from his poetry are displayed around the shrine. Our guide, Aki-san, explained that although this is one of the youngest shrines, it is regarded as the most important to Japan as a nation.

At the entrance is a huge wooden torii gate, an iconic feature of Shinto shrines. The chrysanthemum motifs seen here appear all around the shrine, as this is the crest of the imperial family. 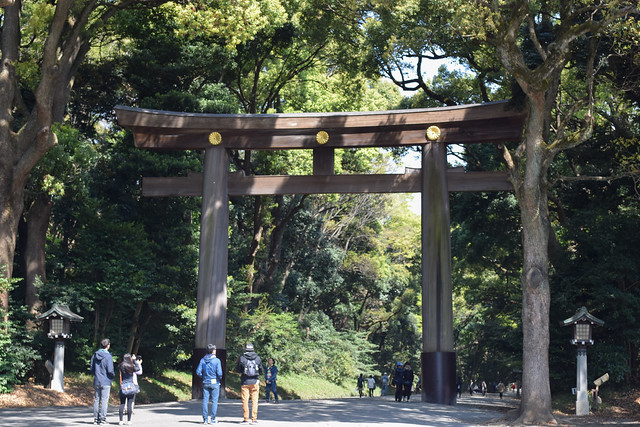 At the entrance was a big array of sake barrels, which are offerings made to the shrine by sake brewers around the country. We saw this in other shrines too, where the offerings were made by local brewers in those regions. 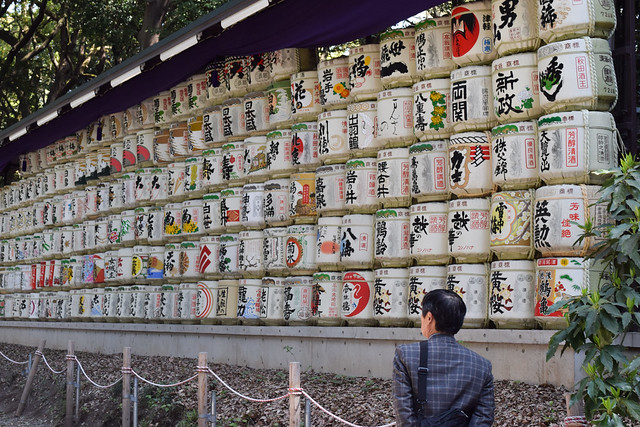 Just inside the courtyard is the ‘water house’, where these bamboo ladles are used to scoop water from the fountain and rinse the hands and mouth, to purify yourself before entering the main area to worship. For me this is very similar to the Hindu practice of washing the feet when entering a temple. 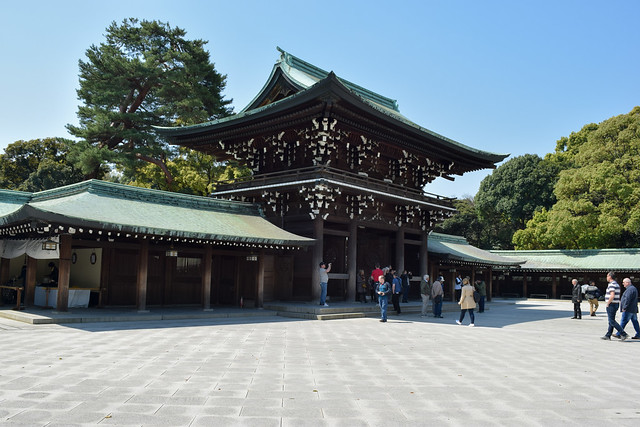 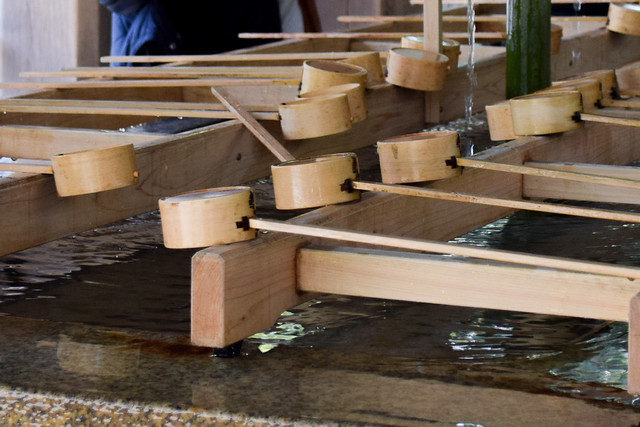 Our guide explained that Shinto deities are kami, divine spirits, of natural elements such as rivers, mountains, and animals – the essence of Shinto, and Japanese culture, is harmony with nature. Sometimes people are also deified, such as ancestral souls or the Meiji Emperor and Empress here.

People gather just outside the main hall to worship, which is done by bowing, clapping twice, and bowing again. 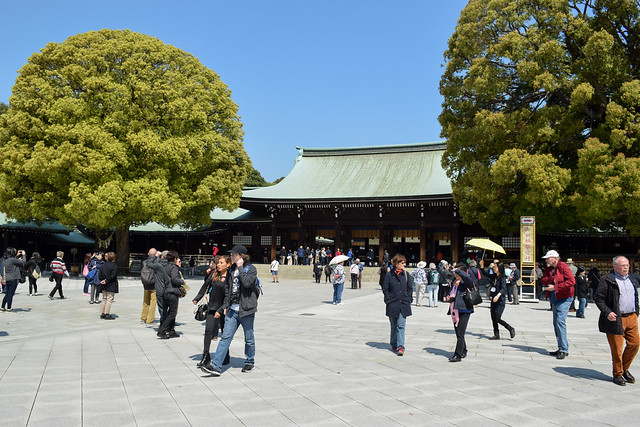 Over here you can purchase little wooden tablets and write your prayers and wishes to be left at the shrine. 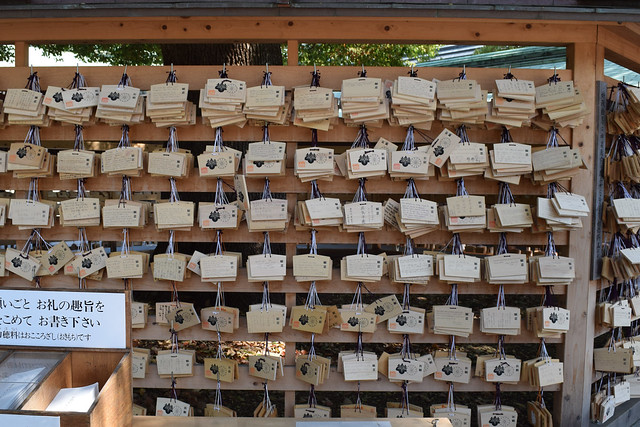 Most shrines and temples also sell little charms, called omamori. There are many different ones with prayers for specific things like passing exams, good health, and business success, or just general good fortune. Some are also designed with patterns unique to that temple, like the chrysanthemum crest on the one we got here. 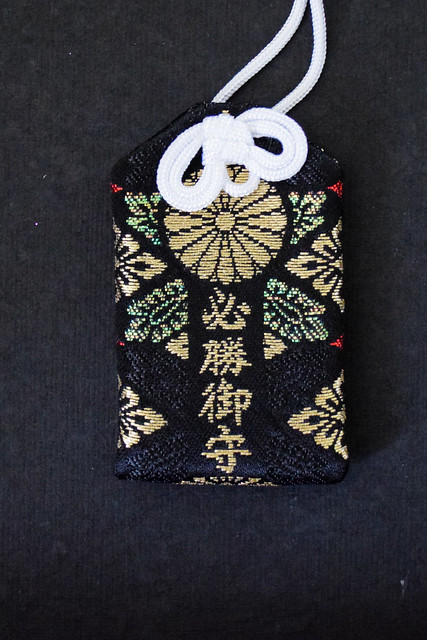 Aki-san explained that although Shinto is a fundamental part of ancient Japanese culture while Buddhism was brought across later, both religions have influenced each other and become uniquely Japanese over the centuries. Many people follow both religions, and at a simplified level they tend to practise Shinto rituals for marriages and celebratory festivals, and Buddhist rituals for funerals. Many sacred sites will have both a Buddhist temple and a Shinto shrine.

We later headed over to the outer park of the Imperial Palace, which had a lovely avenue lined with cherry blossoms – our first proper cherry blossom viewing site! 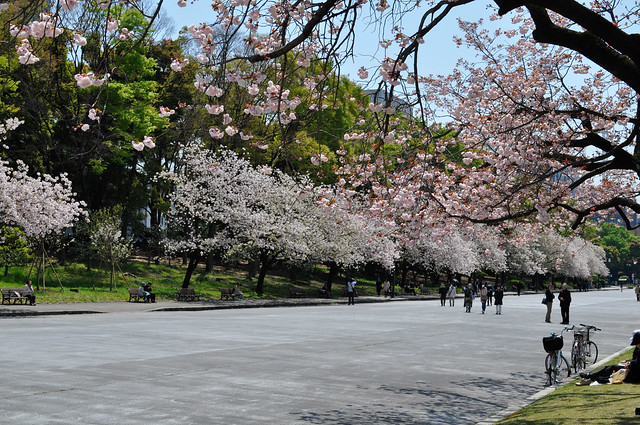 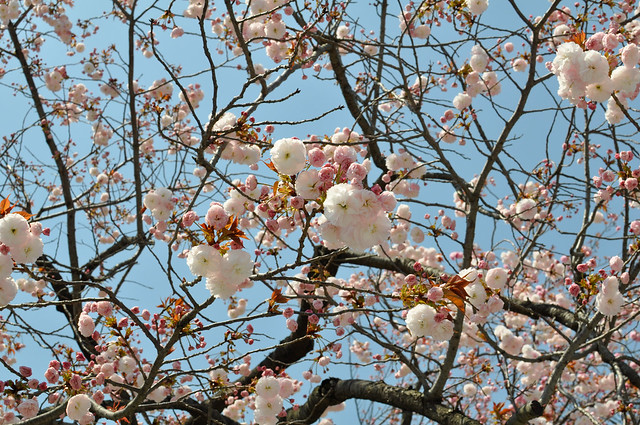 And after that into the Imperial Palace East Gardens 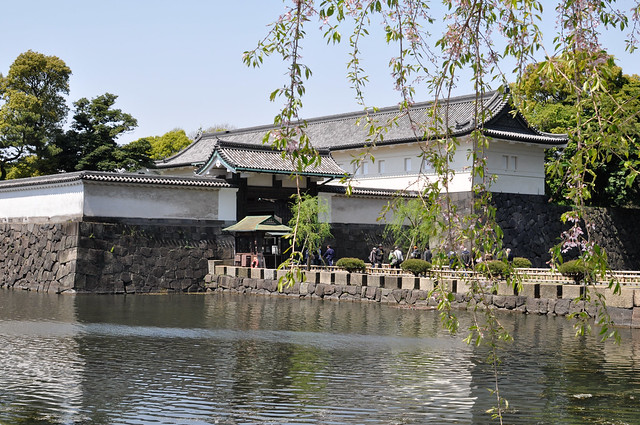 Weeping cherry blossom by the moat 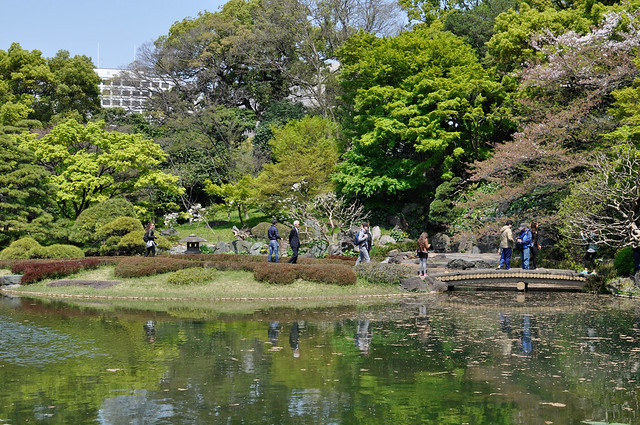 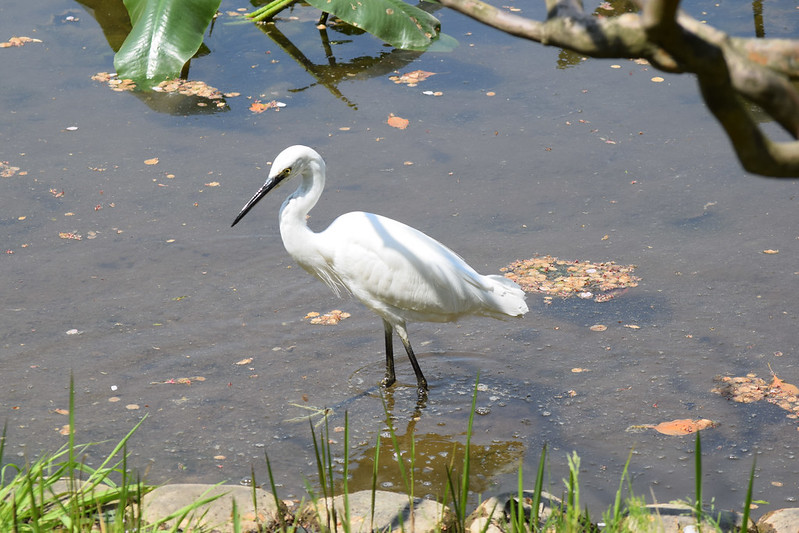 Our final stop for the day was the Sensoji temple in Asakusa, which is the oldest Buddhist temple in Tokyo. It’s big, vibrant, and very, very popular. 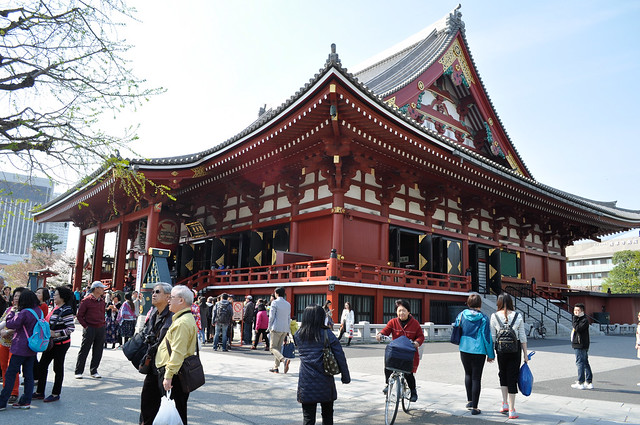 Huge, fierce temple guardians, Nio, usually flank the entrance gates. Unfortunately the photos of them didn’t come out so well with the ‘anti-pigeon’ wire screen in front. 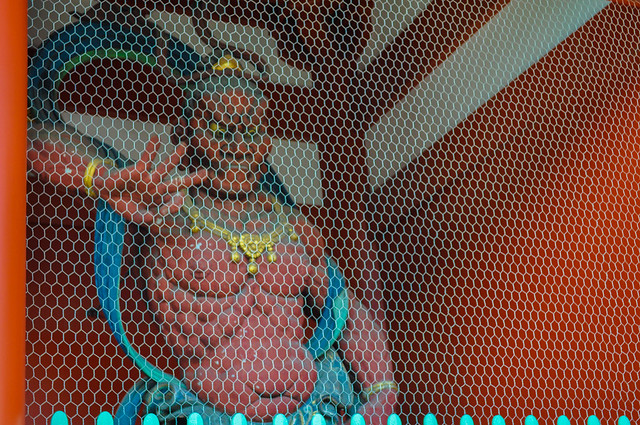 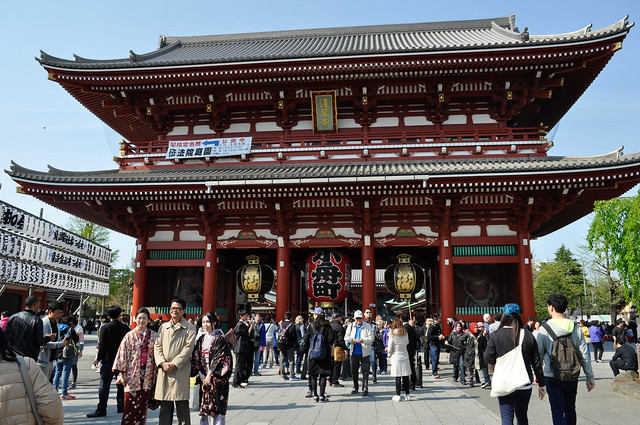 Most temples also have some form of fortune telling stand which can be used for a small donation – here you shake the tin container and then randomly pull out a numbered stick. You then open the drawer that corresponds to the number on the stick, and inside are slips of paper with your fortune. If it is a good fortune you take it with you, but if it is a bad fortune you can tie it onto a rack in the temple to leave the bad luck there. I like that feature! 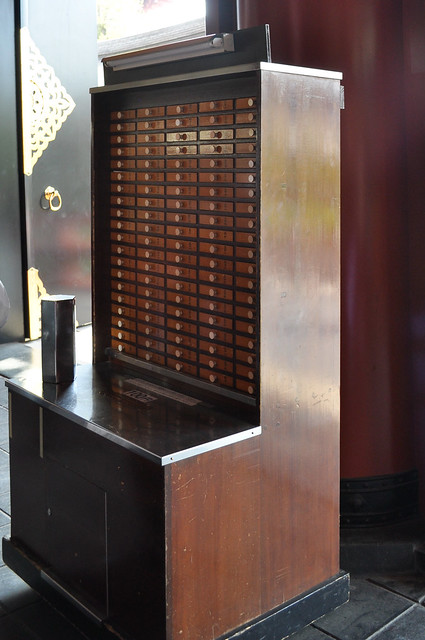 I love the huge paper lanterns. These are usually donated by devotees, and have their names written on them. 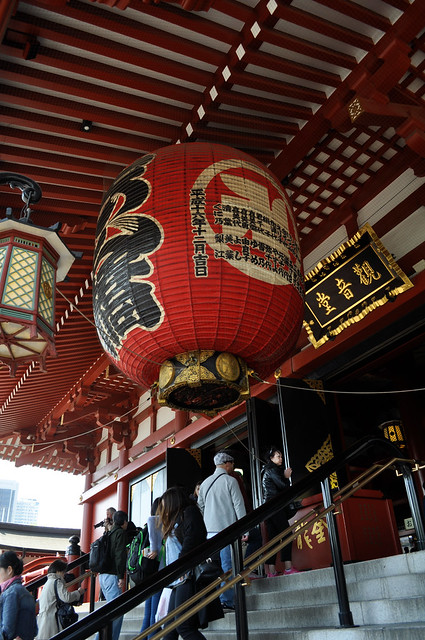 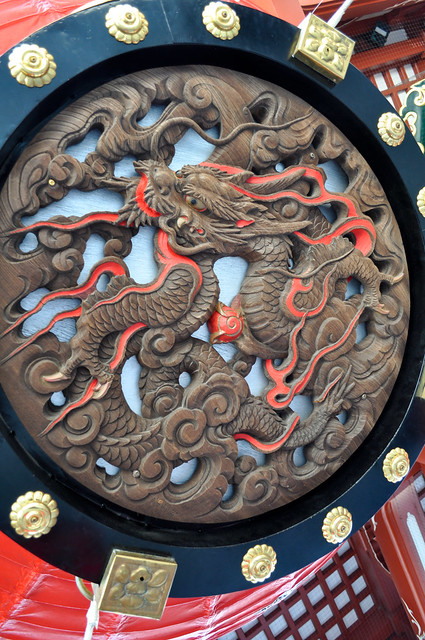 Underside of a lantern

At this gate the guardians are the thunder god, Raijin, encircled by his thunder drums, and the wind god, Fujin, carrying a bag of wind on his shoulders. 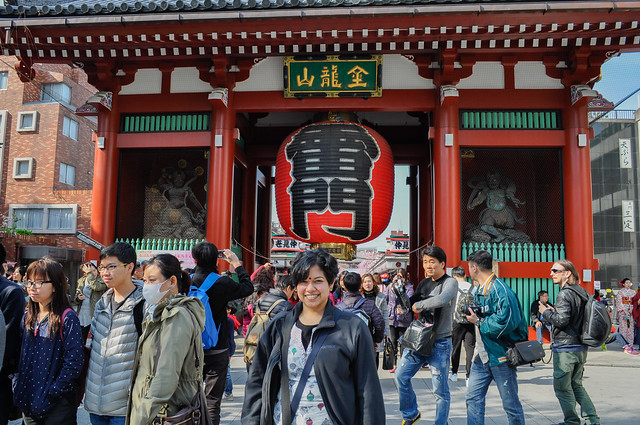 The streets leading up to the temple gates are lined with many shops selling food, traditional items, and beautiful artisan craftware – some of the shops have been around for centuries! 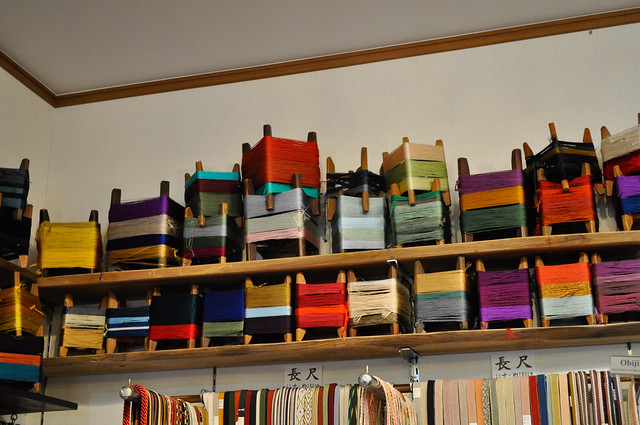 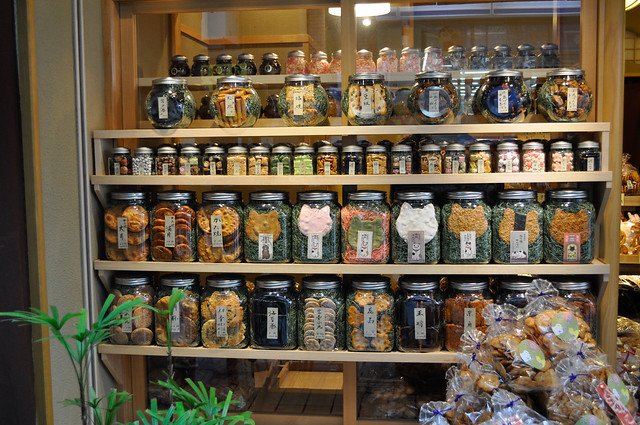 We finished off the afternoon browsing many, many shops.