Tokyo is certainly a city of contrasting cultures, where history, tradition, and societal etiquette are carefully preserved, while ultra-modernity, efficiency, and popular culture are adopted and innovated. The day we visited both Akihabara and Ueno Park certainly highlighted this.

Akihabara is the ‘Electric Town’, home of otaku geek culture, which generally refers to fandom, popular culture, and obsession with all things manga, anime, and electronic. Upon exiting Akihabara station you’re greeted by entire streets of anime and manga shops, complete with flashing lights and catchy music blasting out of most of them. 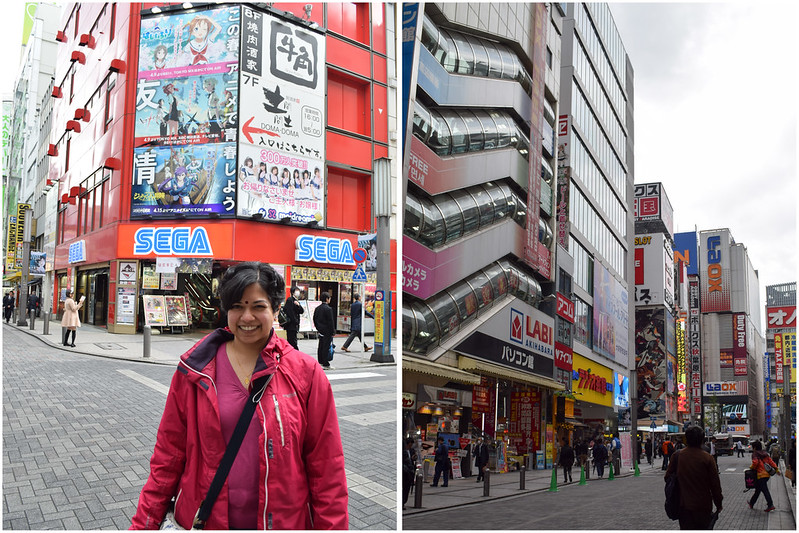 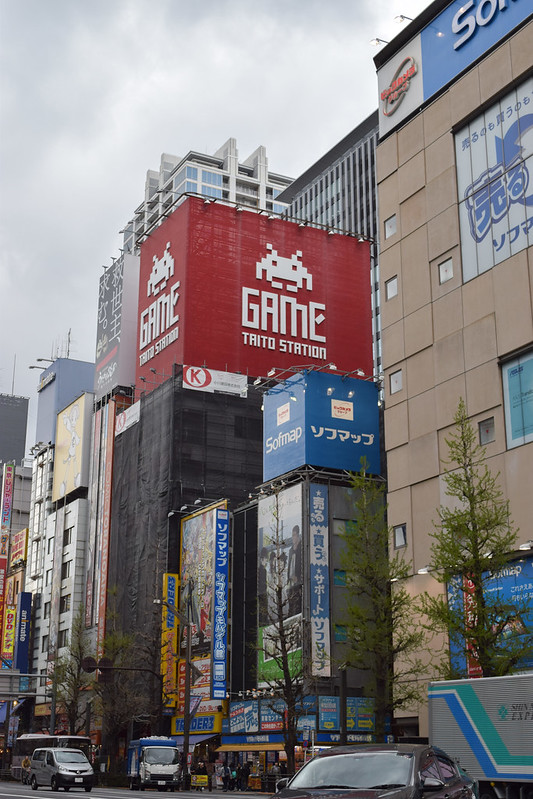 In a passageway just outside the station there was a tiny little gallery displaying action figures, the coolest of which was this set of Star Wars characters in samurai gear. 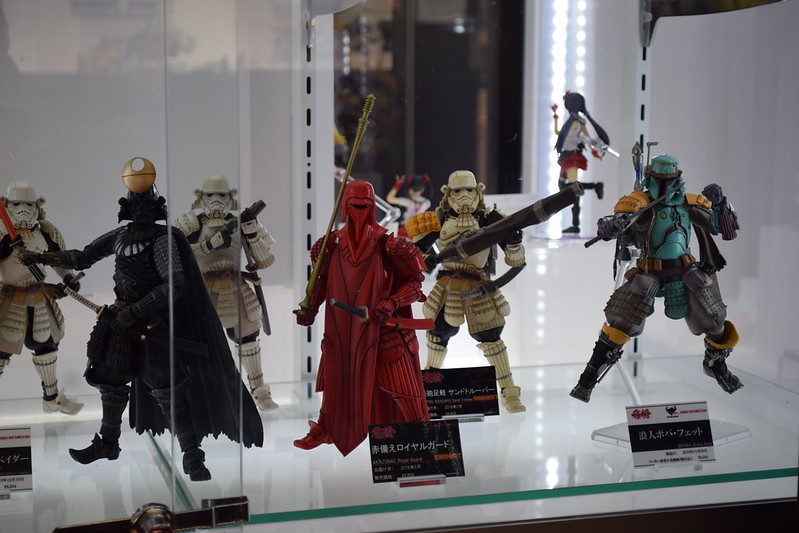 Yodobashi is a huge chain of literally huge electronics stores. It turns out that branded electronics generally work out to about the same price as in the UK, so we didn’t get any camera lenses as we’d hoped to, but we certainly spent quite a long time here window shopping for all sorts of things (space telescope camera, anyone??). 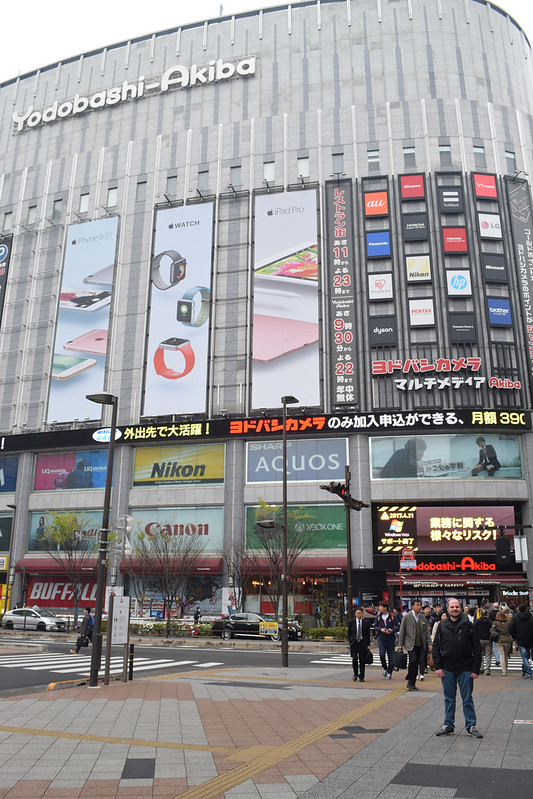 Another thing we loved here were these gachapon vending machines. You get them in the UK as well, but in Akihabara they were in pretty much every shop, often in large clusters. Coins in, turn the handle, random little prize comes out, depending on the theme of the machine. 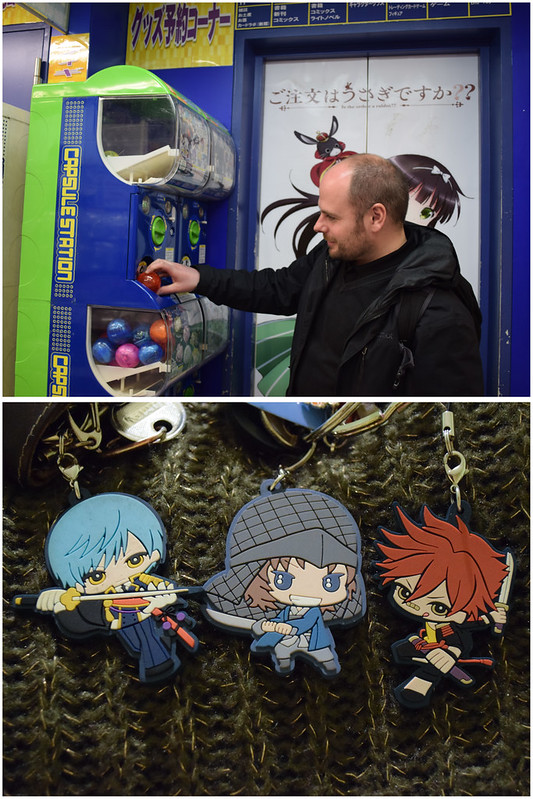 On a separate day we got to visit Artnia, the Square Enix cafe and merchandise store in Shinjuku. Fans of Japanese video games will know that Square Enix makes the hugely popular Final Fantasy and Dragon Quest games.
They had a somewhat themed menu, so Gareth and I had a Potion and a High Potion, which were very refreshing and refilled our Health Points. 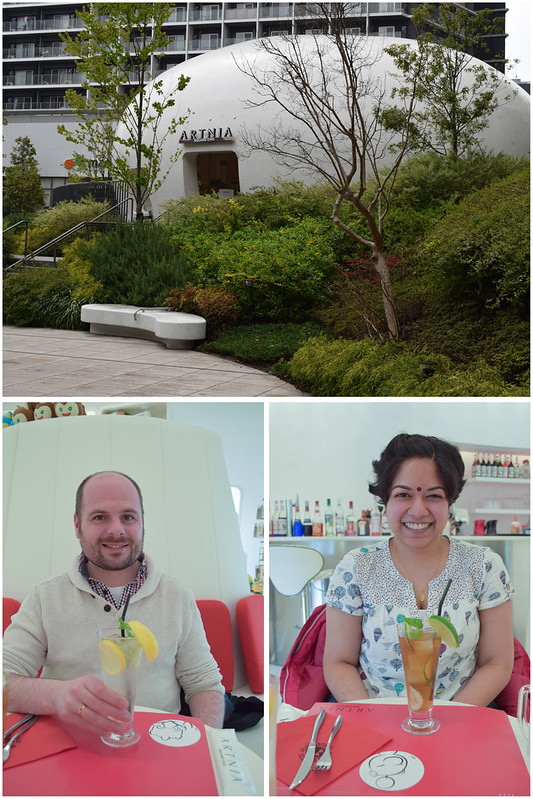 We also bought some souvenir merchandise, but mostly wandered round the shop admiring all the cute items, fondly recalling characters from various games. Best of all was the ‘exhibition’ room, which had a huge suspended crystal (crystals are a recurring theme in the games), as well as displays of the very expensive merchandise. 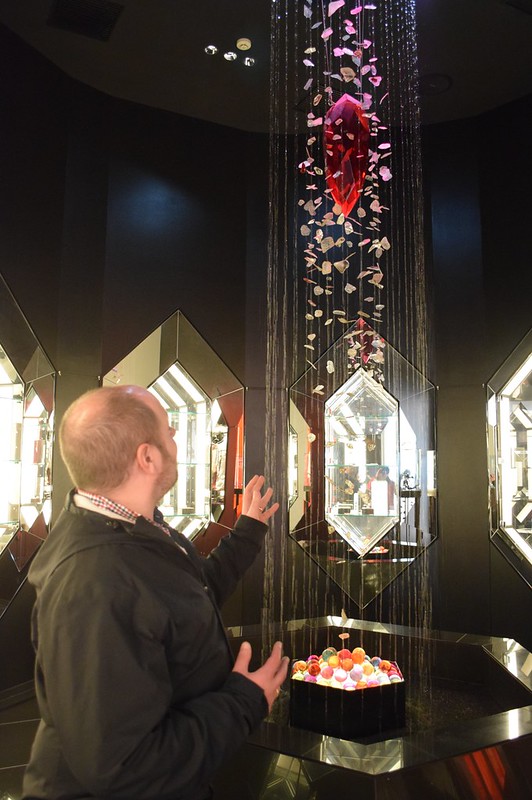 Back to Akihabara, where we happily spent the morning in and out of various shops, by lunchtime often dodging schoolkids – clearly regular patrons heading straight to their favourite sections. Some of the toy and game stores were intricate labyrinths of vintage and brand new items, and several had staff in full character costumes. Even in places like manga bookstores, where much depends upon being able to read Japanese text, we still had a great time looking at the interesting covers and illustrations, and just soaking up the atmosphere.

Later in the afternoon we headed over to a completely different setting – Ueno Park. This is a huge public park complex with many museums, temples, and shrines.

Outside this temple was a spectacularly trained Japanese pine. 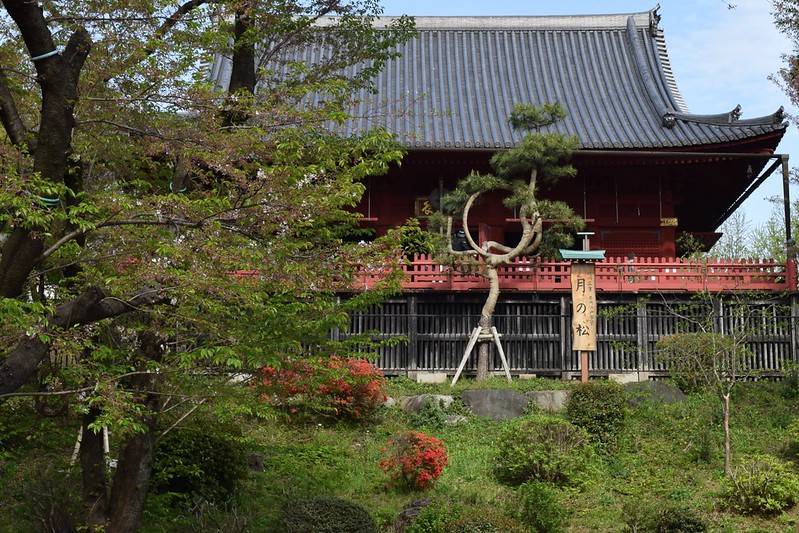 Across from there, on a man made island upon a pond, is a small temple dedicated to Benzaiten, a Japanese form of the Hindu goddess Saraswati. I’d come across Benzaiten sometime last year, and when I realised there was a Benzaiten temple in Ueno Park I was very keen to visit it. Just as Saraswati is always depicted with the Indian instrument veena, Benzaiten is usually depicted with the Japanese biwa. 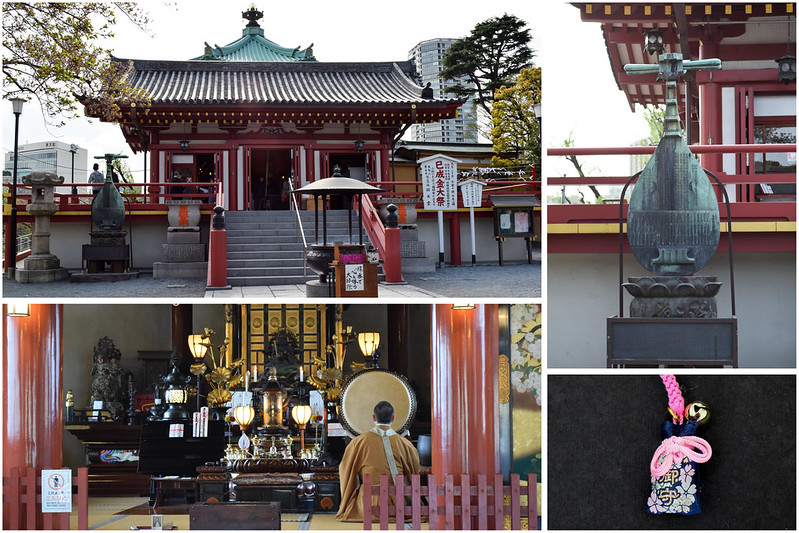 We got a cherry blossom themed omamori charm from this temple

Here is the obligatory cherry blossom picture. Ueno Park is a very popular cherry blossom viewing spot, however the blooming period of the main flower variety was nearly over at the point that we were in Tokyo. The later blooming varieties were still going strong though. 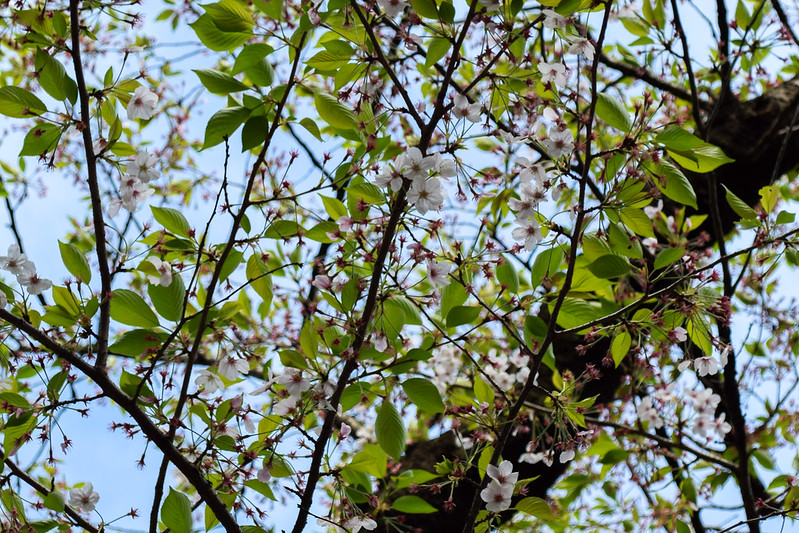 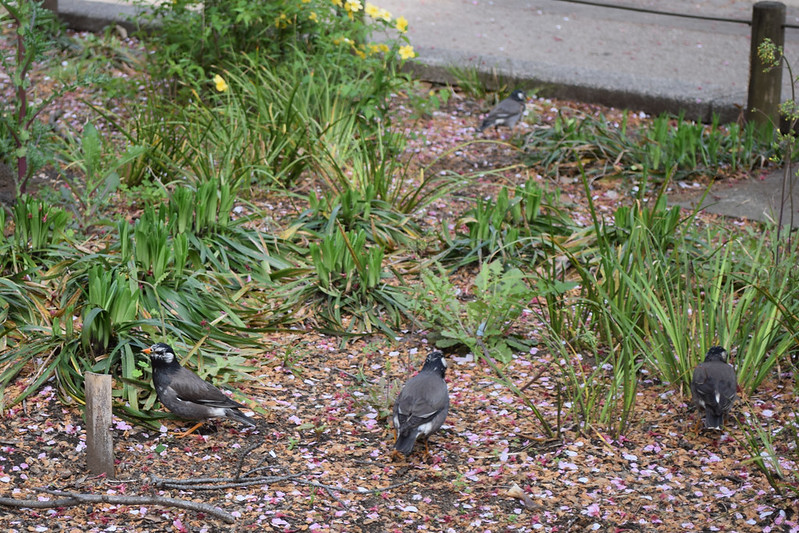 We visited the Tokyo National Museum and went through the ‘history of Japan’ section. There were so many intriguing and beautiful things to see and learn about. 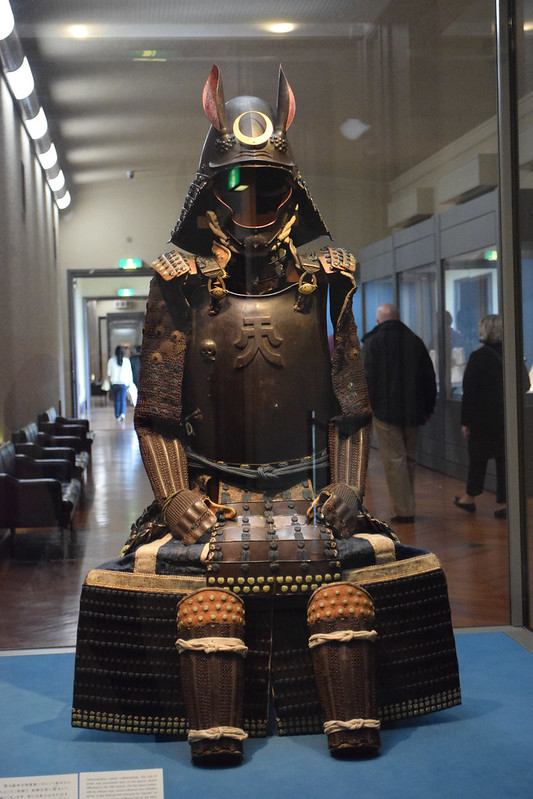 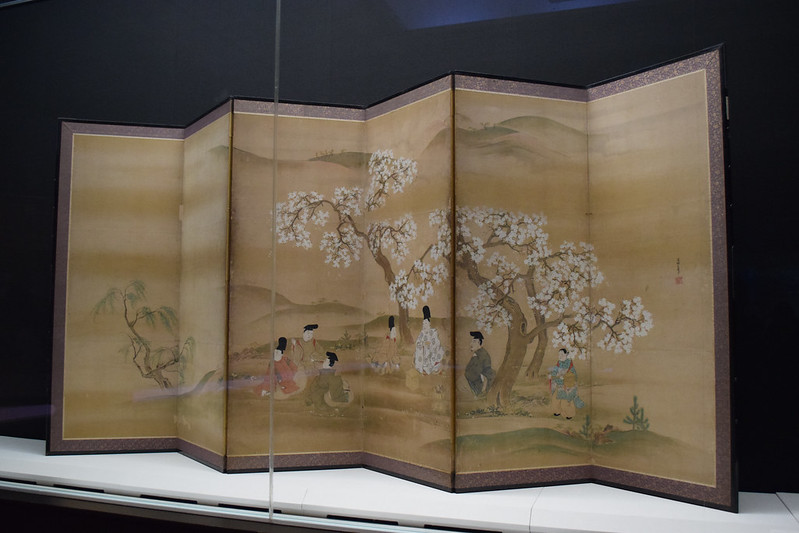 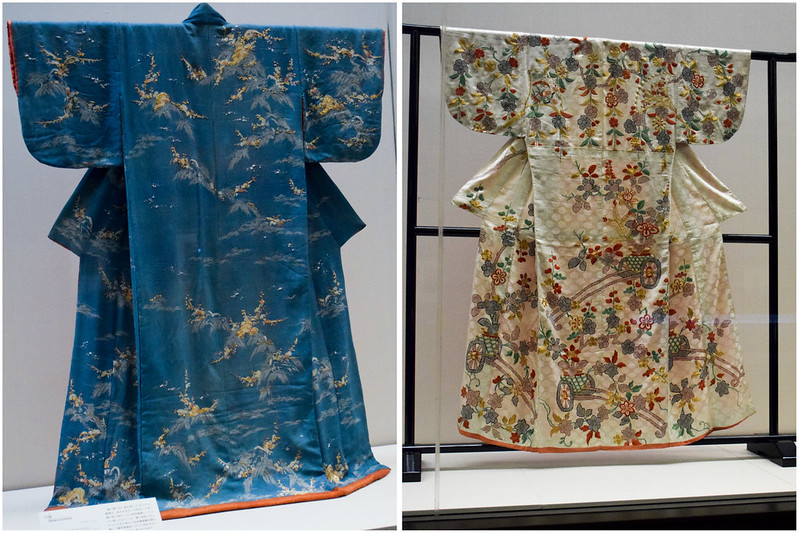 Beautiful kimonos, although I didn’t catch where or when they were from. 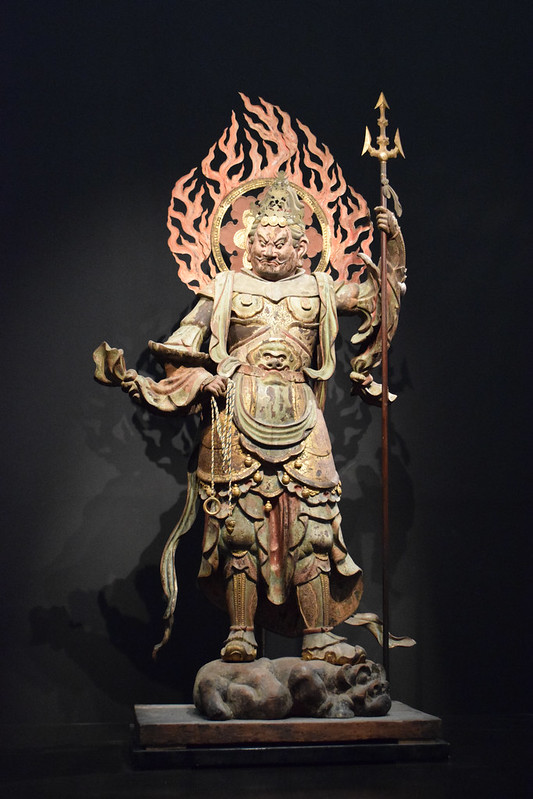 12th century statue of Komoku-ten, one of the Four Heavenly Kings, and Guardian of the West

I was very taken up by this exhibit, 6th century Haniwa figurines (terracotta figurines used in funeral rituals and found in tombs). They are thought to be dancing people, a woman and a man with a sickle. I found them so charming, and I can’t be the only one, as a cartoonised version of them features as the museum mascot. I also found them somewhat familiar. 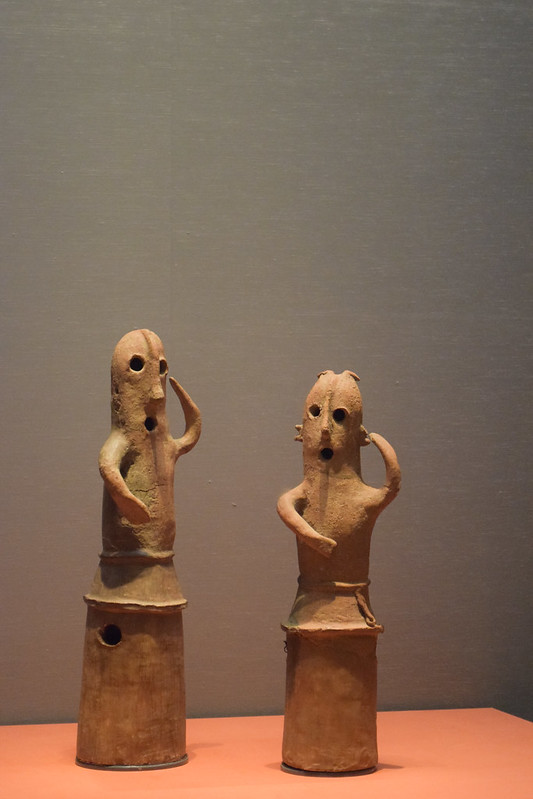 A few days later I realised what they reminded me of – the cute but infuriating Cactuar character in Final Fantasy games. And it turns out others have noticed that too – just today when I looked up the Cactuar Wiki page to add a link here, I noticed a sentence about the character bearing a resemblance to Japanese Haniwa figures. Perhaps the designer was inspired by childhood visits to this museum? Perhaps Electric Town and the National Museum aren’t so far apart after all.