While in Kyoto we made a couple of day trips out as well. First stop: Nara, which is a charming tourist town. The souvenirs and symbols everywhere tell you quite clearly what it’s famous for. 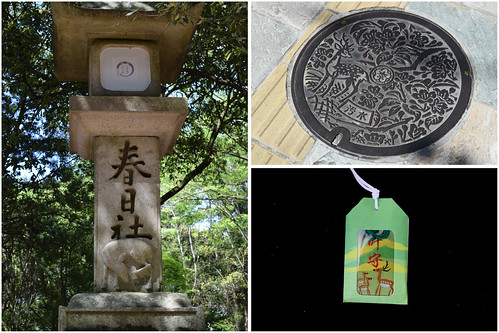 We spent the day in Nara Park, a huge park with many shrines and temples within, as well as many semi-tame deer. 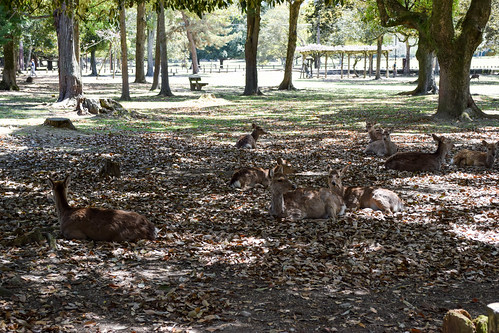 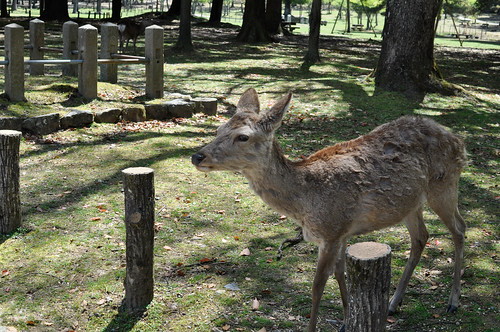 They roam freely around the park, and the shrine and temple grounds, and people can buy special ‘deer crackers’ which can be safely fed to them. They’re technically wild, but they’re pretty docile if unthreatened and have become quite used to humans, and especially to being fed.

The first set of deer we met were a rather brazen bunch. They were hanging out right by the cracker stall, and started coming up and reaching for the crackers as soon as we came out near them – we foolish tourists had our crackers out in the open. I may have squealed a little and given up all my crackers at this point… 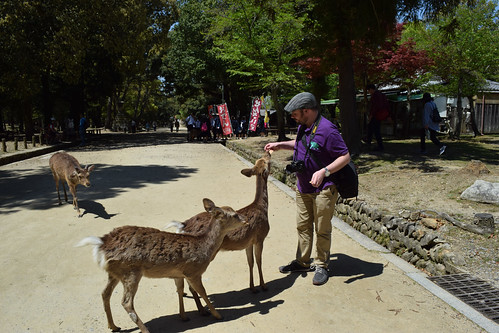 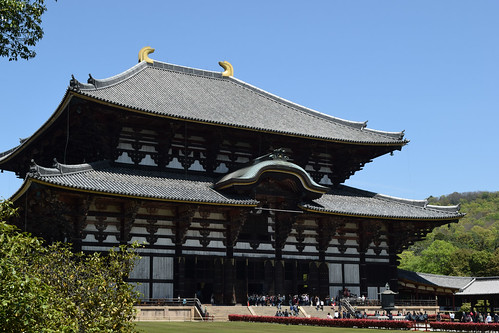 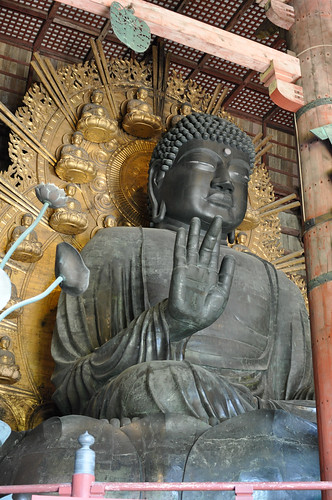 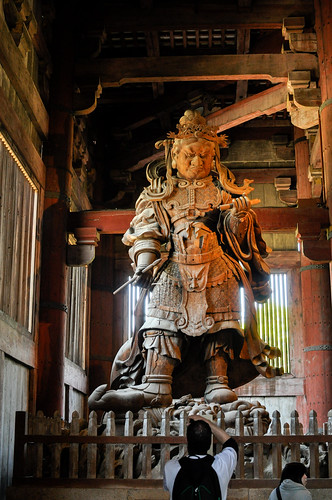 Then we made our way to the Kasuga-taisha shrine, which has several thousand stone lanterns lining the paths towards it, as well as smaller hanging lanterns inside. 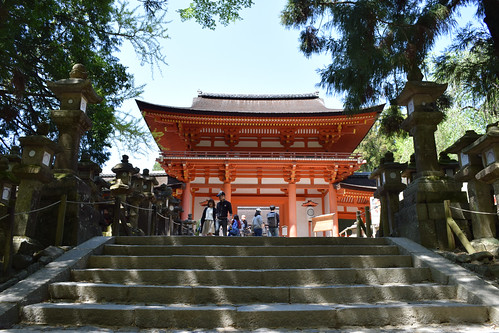 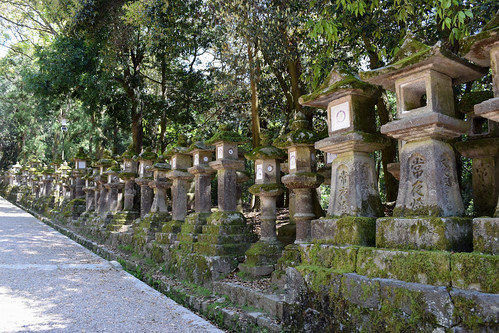 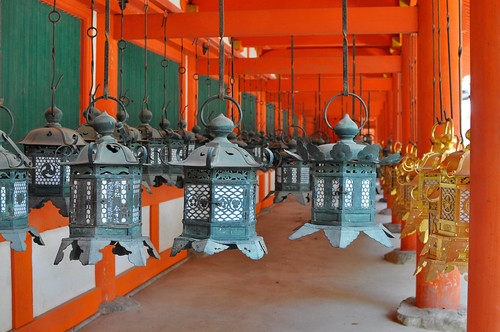 There are many more temples, shrines, and museums in and around the park complex, but it’s quite a huge area to cover on foot, so we’d picked out the main places we wanted to visit. On our way out we had another go at feeding the deer.This time we were a little more savvy: when we bought the crackers we put them in our bag immediately, and walked a little further away to find less demanding deer.

Success! A far more cordial interaction. The ones here even did a bit of ‘bowing’ – sometimes if you bow at the deer they sort of bob their heads up and down, which they seem to have learnt that the humans like and give them crackers for. 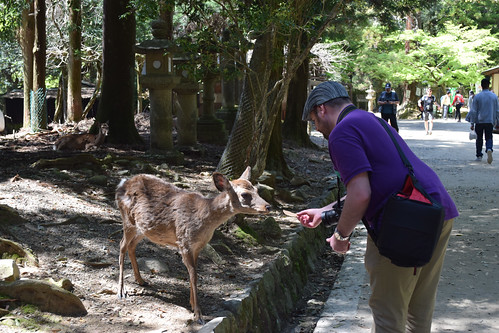 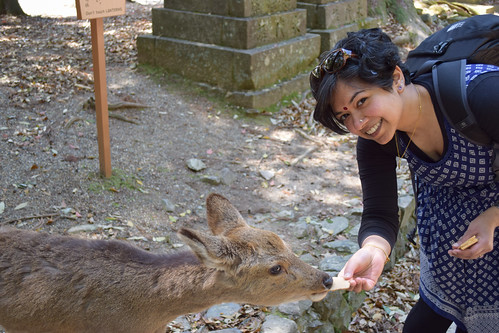 Our final day trip was to Himeji, to visit Himeji castle. 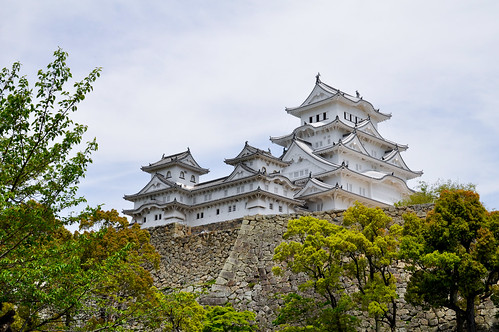 Starting out as a fort in the 1300s, it was developed and extended over the years into a vast castle complex, and has remained in its present design from the 1600s. It is considered one of Japan’s finest and most beautiful castles. It is even more stunning with the cherry trees in full blossom, but that period was over by the time we visited. We were still very lucky to have seen the castle at all, as it had been closed for five years of renovation work and only reopened last year. 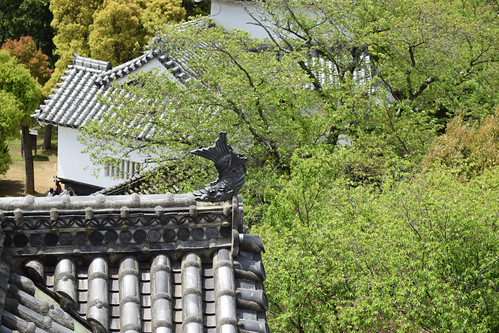 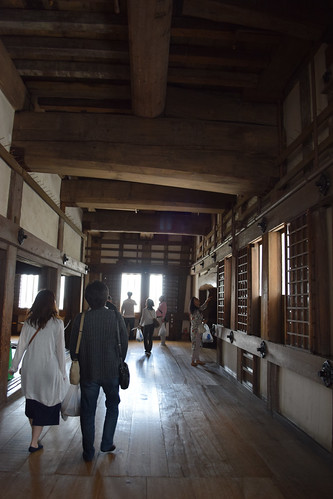 Beauty aside, it has many highly defensive features, such as a wide moat, many little holes for archers to shoot out of, stone throwing platforms, warrior’s passages for quick access through the castle, and, cunningly, not only a very long path leading up to the main keep, but a confusing maze of a path, which often goes back on itself. An approaching army would certainly lose the element of surprise, and potentially be ambushed themselves if they tried to launch an attack here. 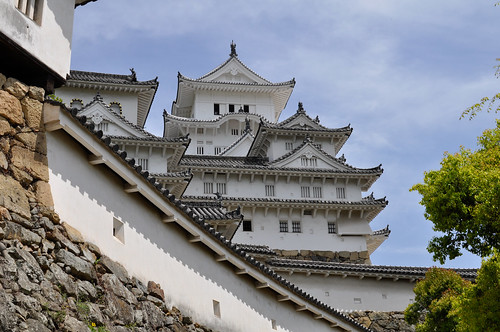 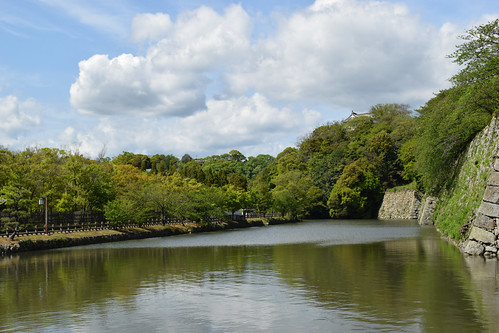 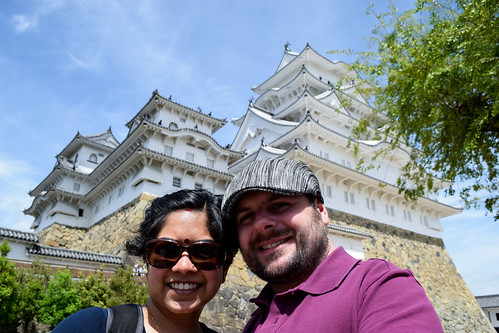 We then went across to the Koko-en garden next to the castle. This beautiful garden is a modern creation in traditional Japanese style. We spent a long time strolling through and admiring each section of it before heading back to Kyoto. 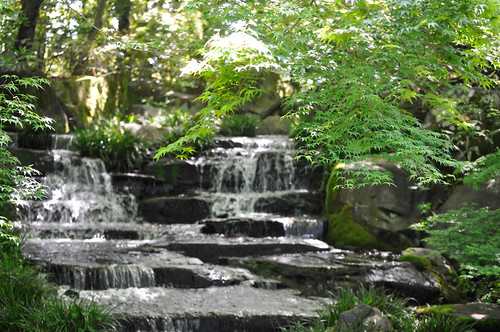 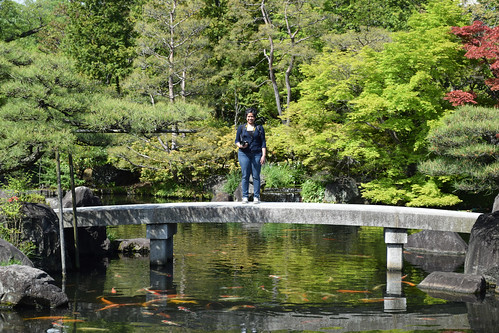 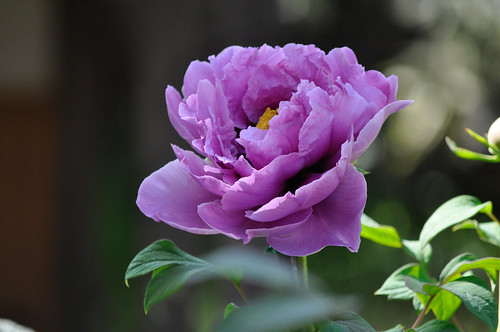 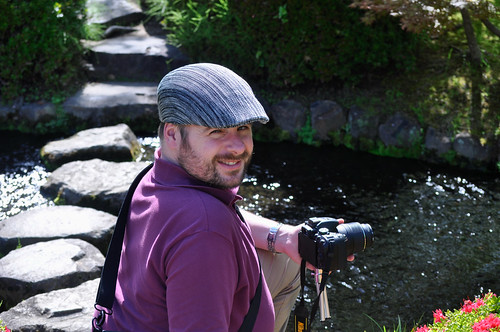 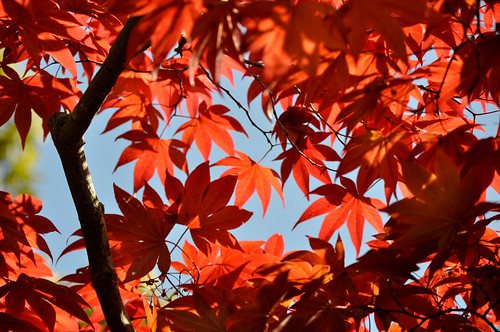 See more photos from Nara and Himeji in Flickr

1 thought on “Nara and Himeji”