At the end of last year we were in KL over the holidays, and spent a few days in Vietnam over New Year. We had a great time in Hanoi, starting off almost as soon as we got there with a walking food tour.

We tried quite a few different things, but my favourite had to be good old chicken Phở – I can’t get enough of a noodle soup, especially if there’s lime and chilli involved. 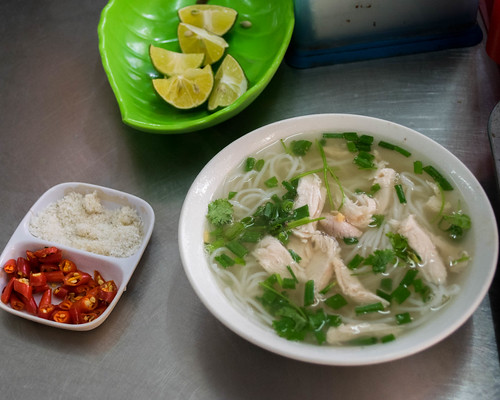 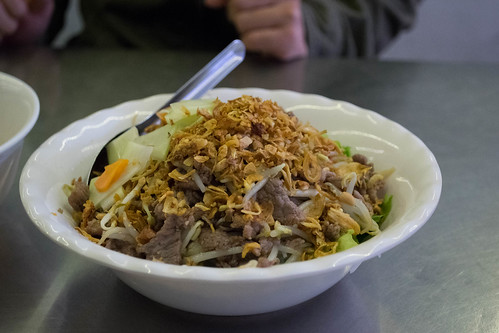 And we both agreed on Bánh cuốn, rice ‘rolls’ filled with a meat filling (our favourite was pork). 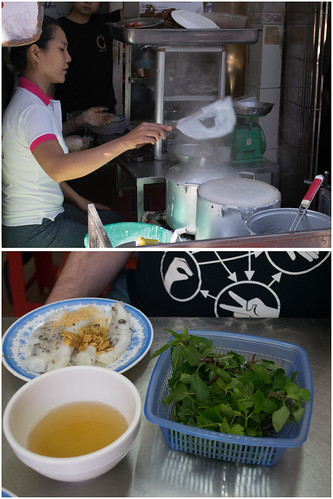 Many of these light dishes were served with a basket of fresh leafy herbs like coriander, mint, Thai basil, and a vinegary dip, which was a very refreshing combination. Gareth even decided he didn’t hate coriander anymore!

Another intriguing item was egg coffee, which tastes much much better than it sounds. It’s just the right mix of sweetness, creaminess, and coffee yum – almost like a dessert. It’s very rich and comes in a little cup; I couldn’t have a lot of it but I’d happily have one every day. 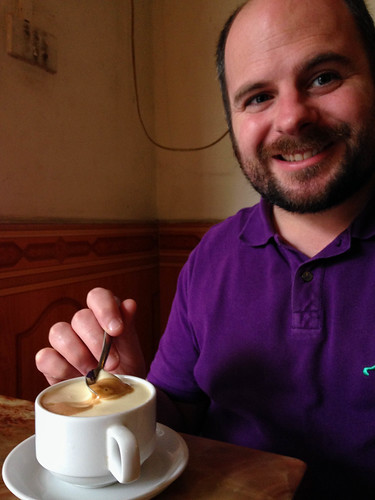 We stayed in the Old Quarter, which is lively, and is the main tourist area. The street we stayed on was Hang Gai, or ‘Silk Street’. Many of the main streets are named after traditional guilds, and many of them still house a majority of those trades, or something similar – e.g. Silk Street has a lot of silk, clothing, and craft shops, Tin Street still has a lot of tinsmiths, Silver Street had plenty of silversmiths, goldsmiths, and jewelers, and so on.

We also had great grilled fish on Grilled Fish Street, which came with a lovely array of condiments and little rice noodle cakes (quite like mini string hoppers). 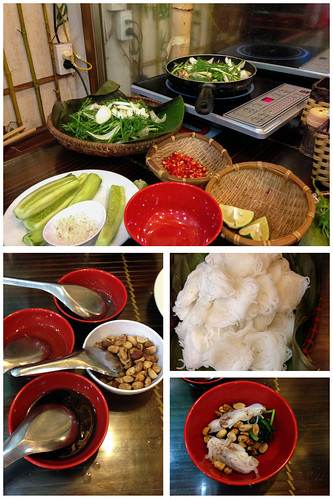 We took a day trip out to Halong Bay, which has amazing rock formations and natural caves. I think one day isn’t really enough to truly appreciate this area, but even in our limited time we really enjoyed it. 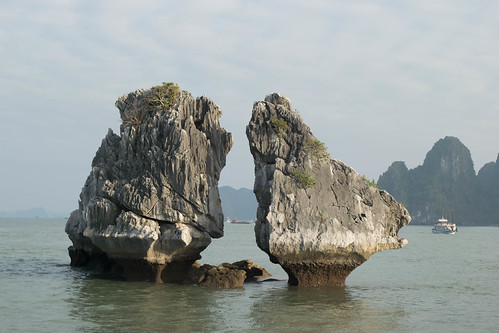 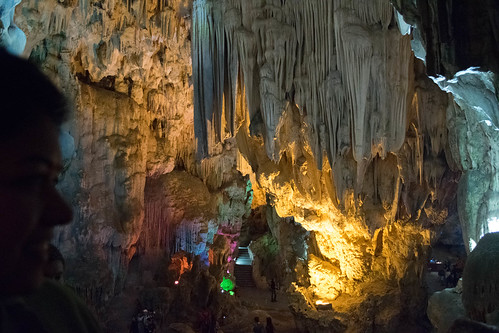 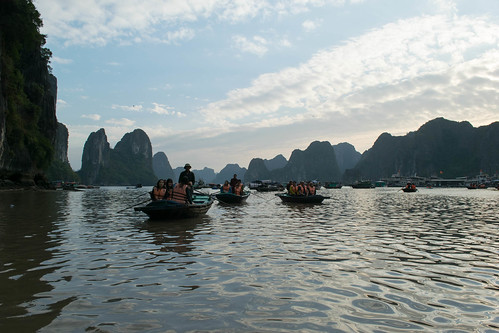 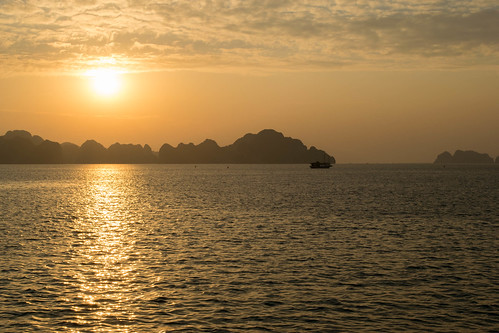 We also visited the Temple of Literature, dedicated to Confucious 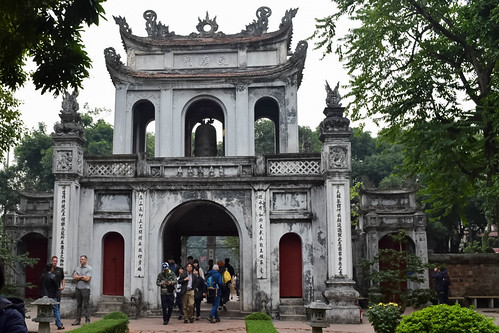 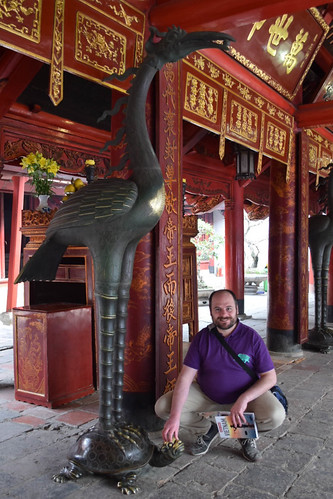 The crane and turtle are symbolic of longevity and friendship

We were also hoping to visit the Ho Chi Minh Museum, but it was shut at the time we went, so we just stopped by the One Pillar Pagoda, and took a walk along the huge avenue outside the Ho Chi Minh Mausoleum. 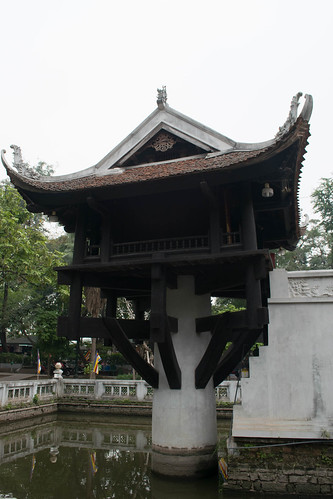 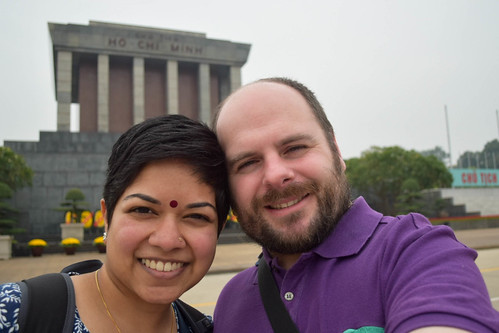 On New Year’s eve we went out for a leisurely dinner, and then had a wander down the longest night market ever, ending up at the trendy end of town where all the cool kids were hanging out – the streets were packed with people, overflowing out of bars or making their way into bars. In Vietnam there is a distinction between International New Year and Tet, which is Lunar New Year (same as Chinese New Year). I believe it gets even more crowded and lively during Tet, but interest in International New Year is clearly picking up amongst the younger crowd, and certainly the marketing factor isn’t lost on the beer companies sponsoring countdown parties. We made our way back towards the main square for midnight, and then headed back to our hotel – we can’t cope with all night partying anymore… 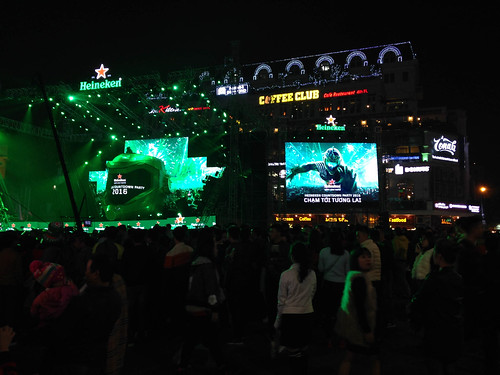 On our final day we found possibly the two most charming things in Vietnam. First was the Museum of Ethnology. This is nicely set up with an outdoor area that has replica traditional houses of different ethnic groups in Vietnam, as well as indoor exhibitions of history and culture. 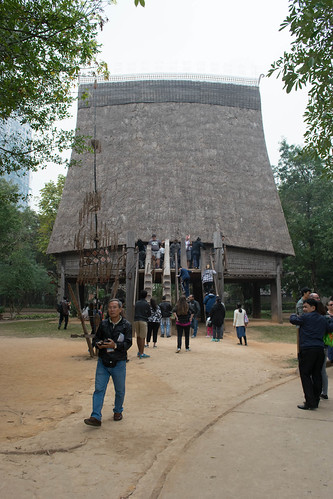 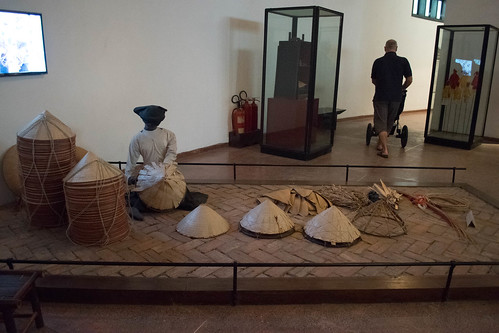 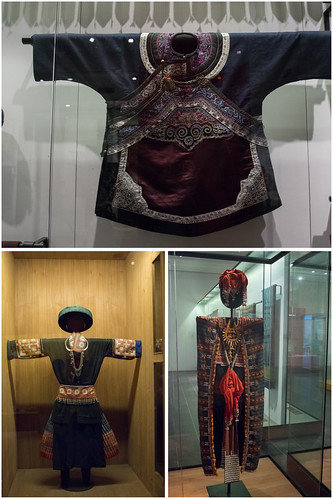 And our final event was a water puppet theatre show, which is a uniqely Vietnamese art, thought to have originated as entertainment in paddy fields during the flooded season. The stage is in a pool, with the puppeteers in waist deep water the whole time, controlling the puppets with underwater rods. 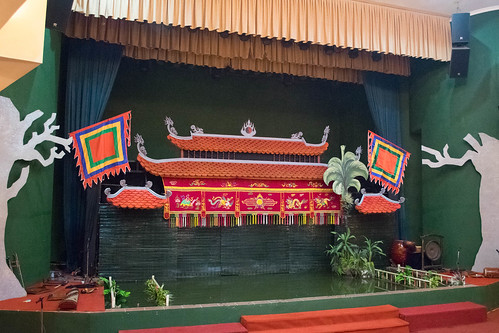 The performance was a series of short stories depicting rural life – rice planting and harvest; trying to catch as much fish as the others have; chasing the cunning fox away from the ducks; and also dances of mythical animals and fairies. 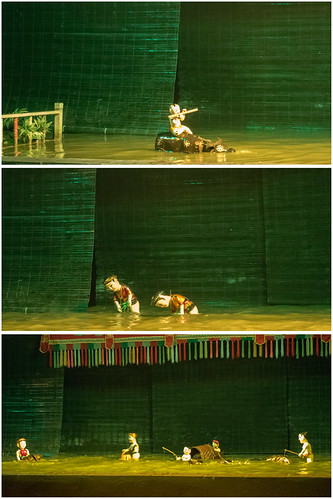 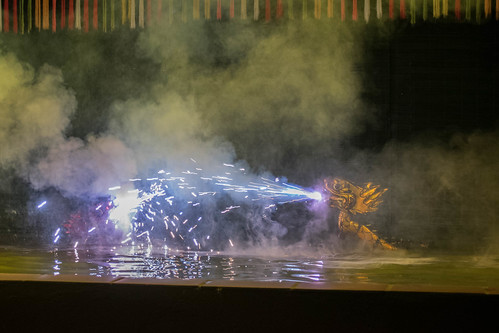 How exciting are the dragons!

This scene depicts the legend of Hoan Kiem lake, which is just beside this theatre. In the 15th Century, the King was given a heavenly sword to defeat invaders, and later on when he was boating on this lake a turtle rose up and asked for the sword to be returned to the Dragon King. The King then renamed the lake to mean ‘Lake of the Restored Sword’, and built a monument to the turtle. 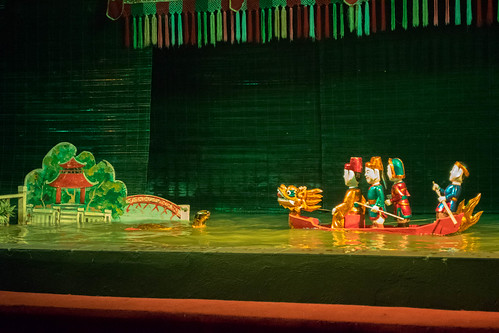 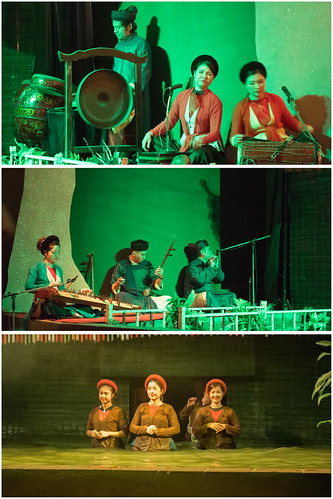 We then took in the lovely evening lights around the lake, and crossed the bridge to a small island temple. 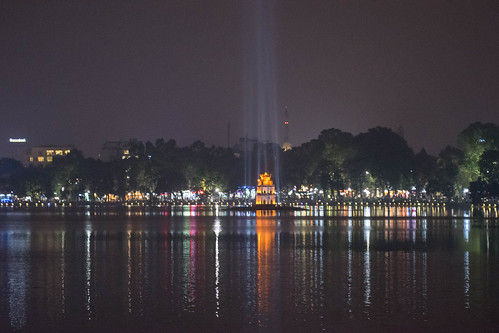 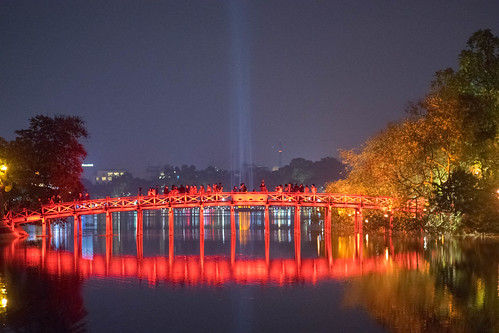 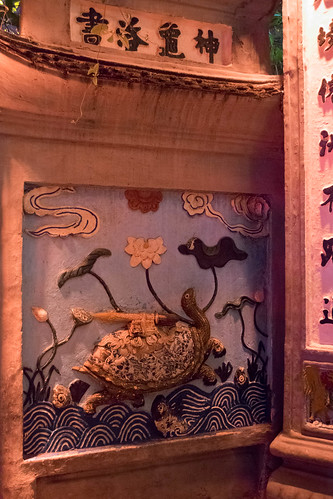 A wall panel in the temple on Hoan Kiem lake

And then we said goodnight, and headed back to KL the next morning. 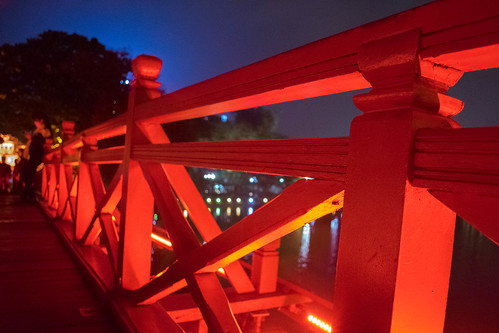