We had a blank canvas of turf to play with, which was great and slightly intimidating as well – what if we get it wrong!? 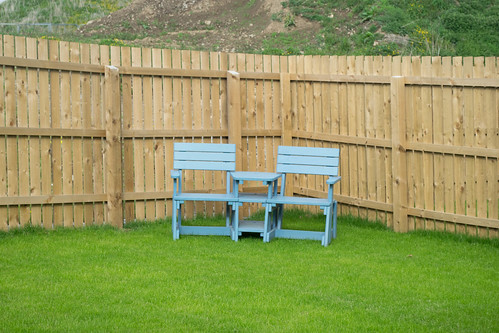 Gareth came up with a plan to have climbing roses all along the back fence, since it gets good sunlight.

So we’ve got pinks, 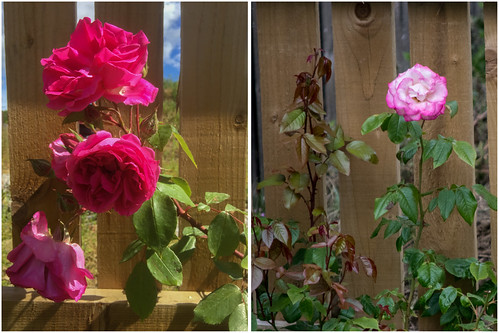 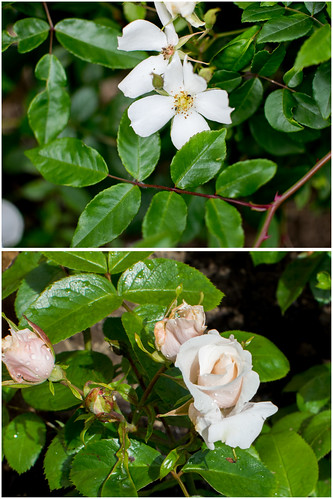 a purple ‘skyliner’ that’s top of the class for spreading and flowering, 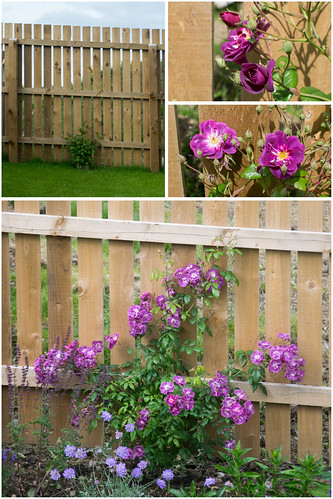 and a lovely deep red. There’s also a bright yellow one that hasn’t done so well, but we’ll give it time. 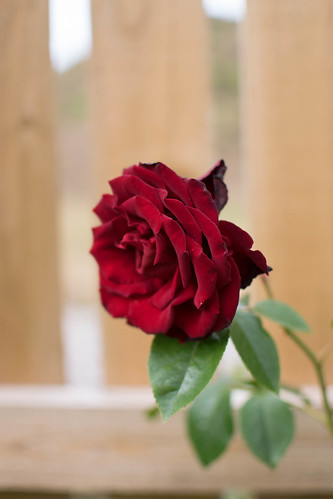 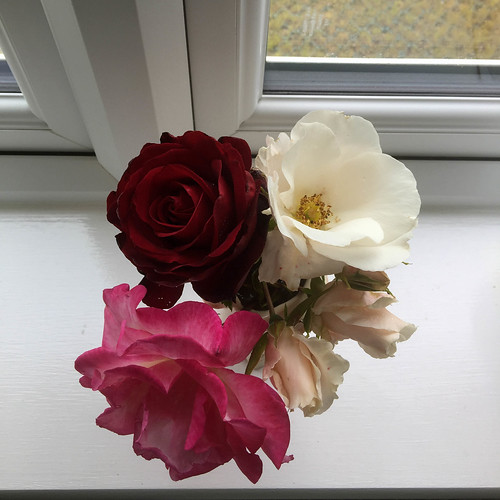 Gareth picked me a birthday trio

Also along the fence is a border of perennials, in colour groups to match the roses. We started with the purple section, gradually taking up more turf and adding more plants, and will carry on next year. 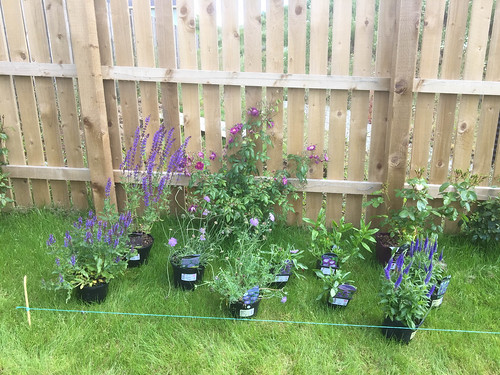 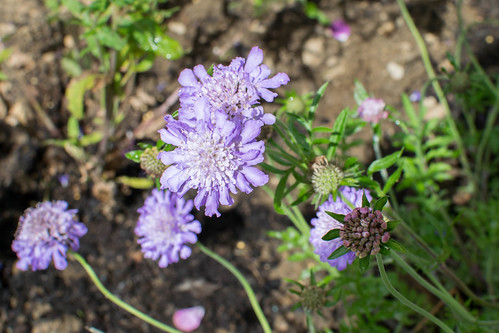 All that turf we dug up has gone into raised beds. Gareth recently finished making these (I helped – drilling is quite fun).
The split level one has our herbs above, and in the lower level a housewarming gift of a blackcurrant bush – how many blackcurrants for a glass of Ribena? The middle one has vegetables, currently spinach, broccoli, and cabbage; and the final one is still being filled, and will be for cut flowers. 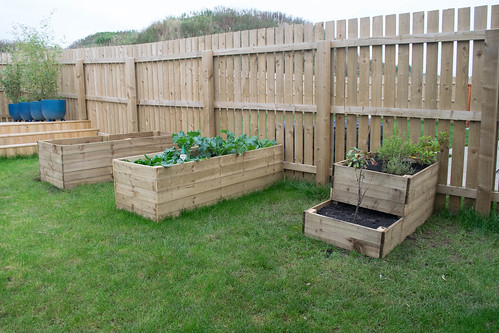 We’ve dug up a LOT of stones… 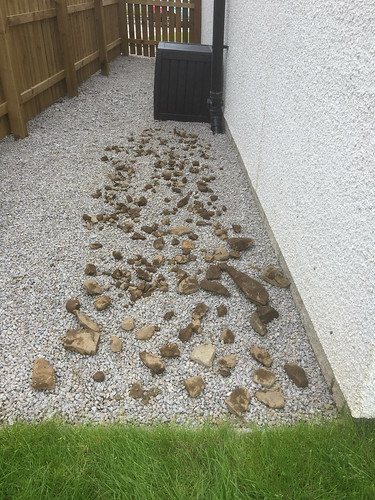 As well as getting decking put in, we’ve gotten quite a bit done before the garden goes to bed for the winter. 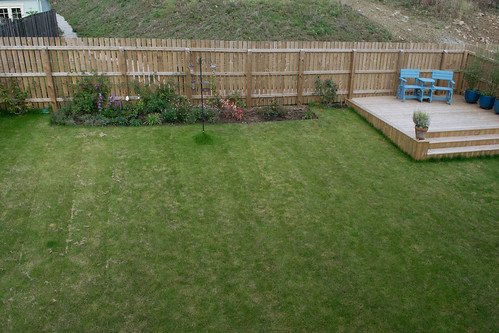 Meanwhile, we’ve also had visitors. I’ve had to get used to an abundance of slugs, who love hanging out by the back door so much that this one is even abseiling down it… 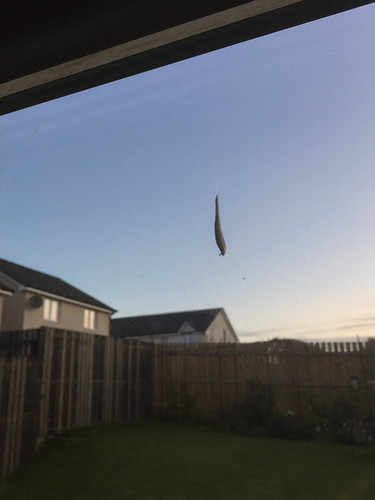 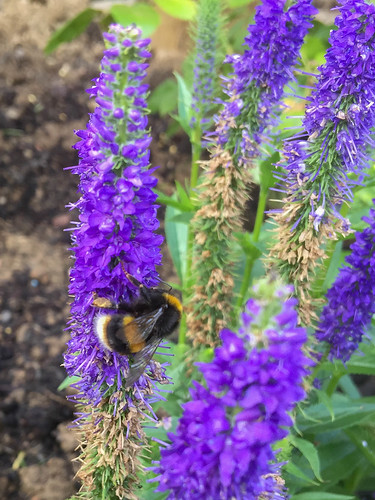 A bunny as well, who sometimes hops under the fence from the scrubland behind, and once ate up a whole tray of tiny seedlings, the %$%^&!! A new batch of seedlings is growing inside the kitchen… 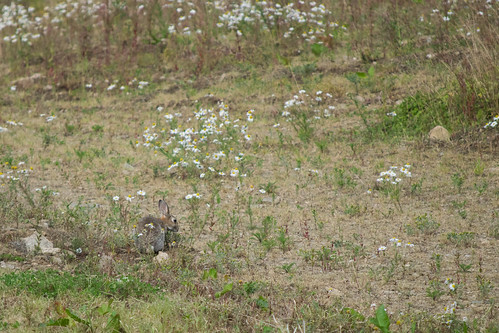 And of course, the birdies. 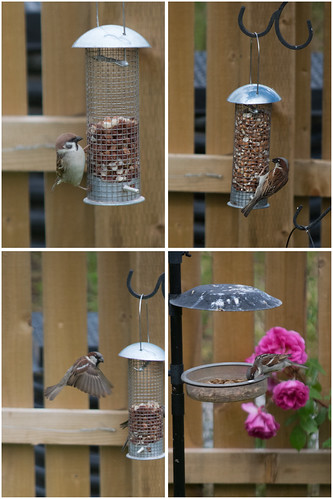 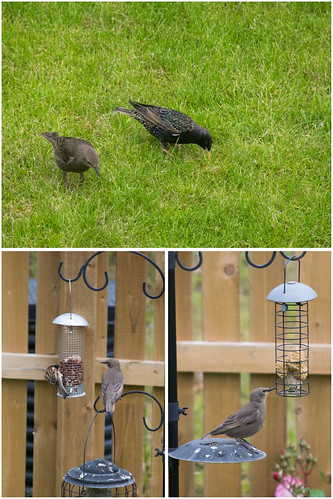 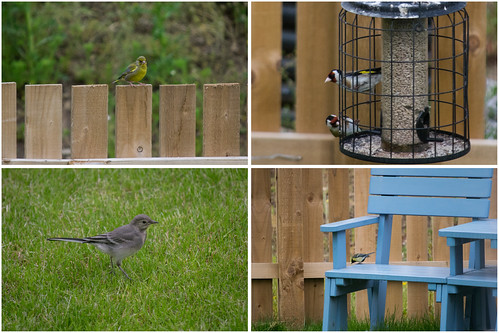 Clockwise from top left: Greenfinch, Goldfinch pair, Great tit hunting insects, and what I think is a juvenile Pied wagtail

The birds disappeared around late July/August, but according to the RSPB this is normal, especially as there is farmland nearby and plenty of grain to be feasting on this time of year. We’ll expect them back in Autumn as it gets colder.

In the meantime, we’re diving into The Cut Flower Patch by Louise Curley, and making plans for the third raised bed.

2 thoughts on “In the garden”