Last weekend Gareth and I headed out to Aboyne and went for a walk in the Glen Tanar estate. It’s part of the Cairngorms National Park and contains a National Nature Reserve, as well as farmed cattle, luxury cottages, and a ballroom, amongst other things. 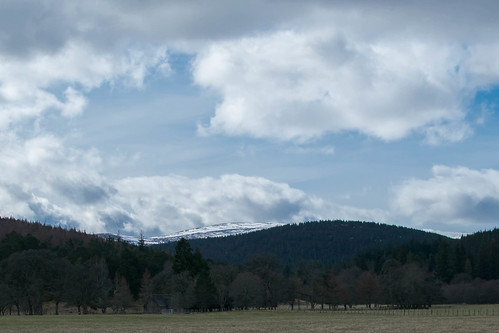 A sunny Spring day, with snow on mountain tops far away

There are several footpaths – we followed the Fairy Lochan path, which first took us past the Chapel of St Lesmo. 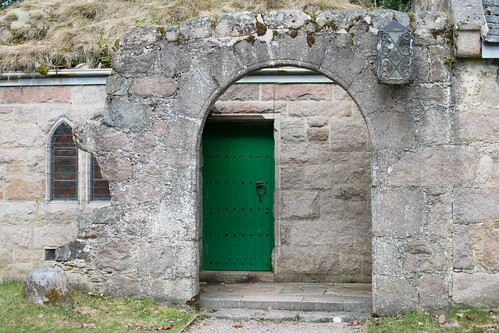 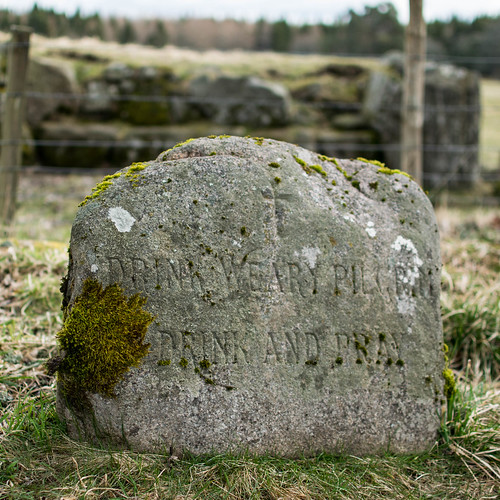 As we carried on we started seeing lots of toads walking beside and on the footpath. Some were on their own, but most seemed to be in pairs or groups – the internet tells me that now is when they come out of hibernation to mate, and on the way to ponds the males tend to hitch a piggyback ride with the females. On the other hand some of the groups could’ve been fighting, or already busy mating! 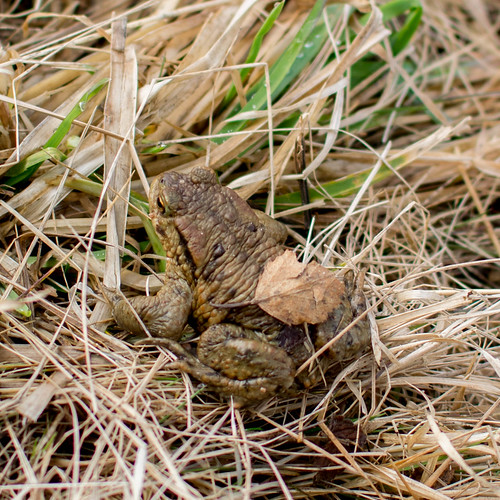 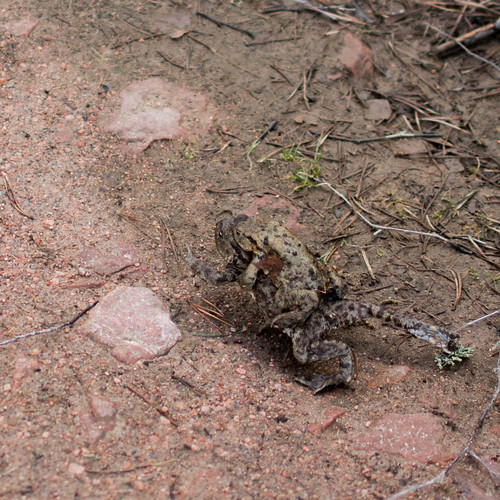 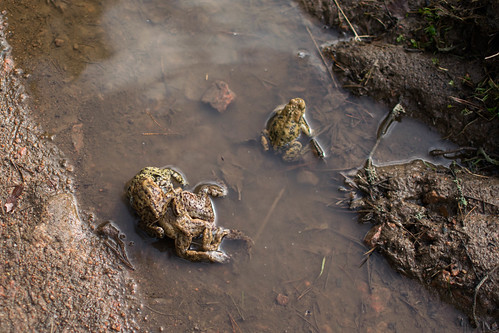 They were everywhere, on their pilgrimage to the Fairy Lochan – we had to keep an eye out not to step on them! 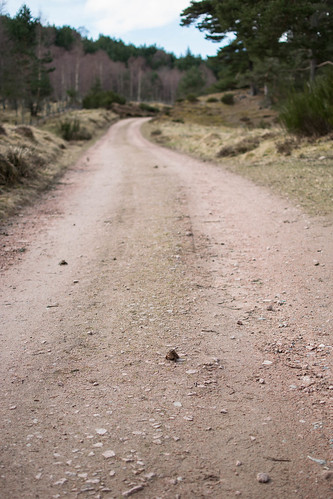 Despite the abundance of toads, I’m pretty certain this is frogspawn, going by this information. 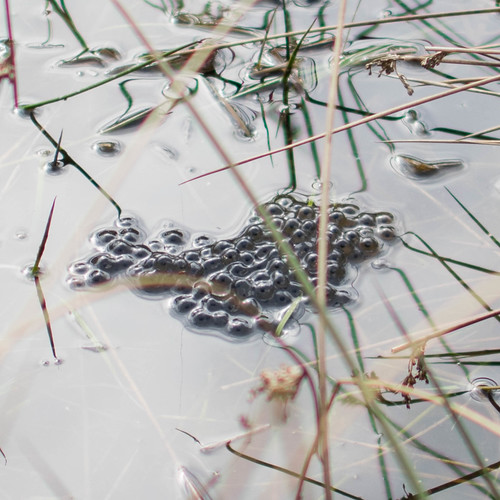 We also spotted a slow worm (which is a legless lizard), but it was definitely the day of the toad. 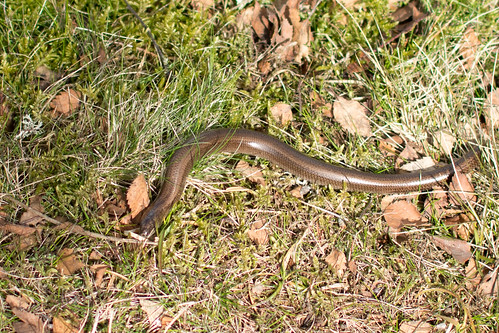 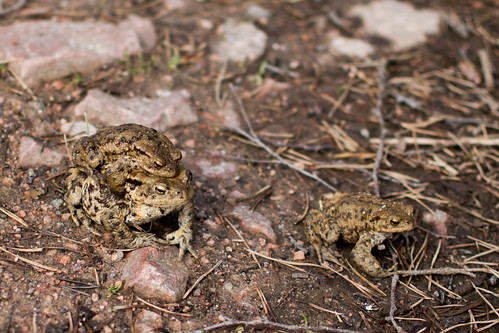